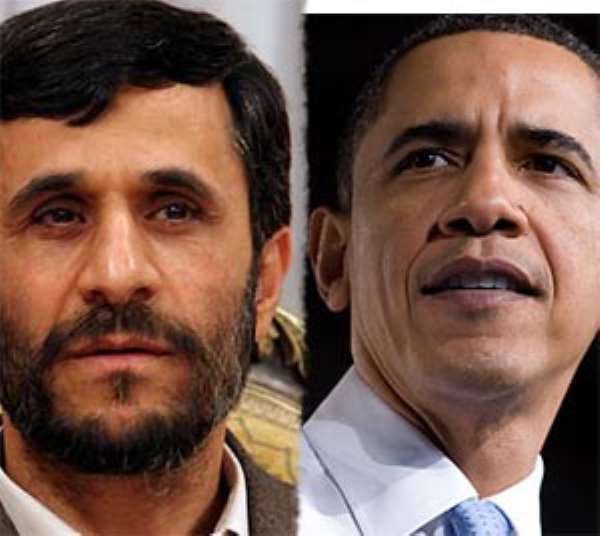 Iranian President Mahmoud Ahmadinejad has penned a letter to President Obama, telling his American counterpart that Iran is Obama's only option for success, state-run media reported.

"Obama has only one way to remain in power and be successful. This way is Iran," Ahmadinejad said in a nationally televised speech Tuesday, according to the Iranian Republic News Agency (IRNA).

"Obama should start cooperation with Iran in practice," he said. "I have written a letter to Obama which will be published soon."

Ahmadinejad spoke just days after the conclusion of a 47-nation nuclear summit convened by Obama to raise global awareness of the threat of nuclear terrorism.

The White House has been pressing for a fourth round of United Nations sanctions on Iran for its nuclear ambitions. Iran says its nuclear programs are designed for civilian use.

"The time when they imagine that they can do any harm on Iran is over," Ahmadinejad said, according to IRNA.

The Iranian leader urged cooperation between the Islamic republic and America. He said Iran was not the nation that was being isolated. Instead, he said, it was the United States that was in that position.

"Once [the United States was] at the height of glory," he said. "Now they are collapsing. They have many economic and cultural problems. They have security problems in the world and their influence in Iraq and Afghanistan is vanishing."

He said the United States would like to dominate the Middle East but cannot do so without Iran. The nuclear issue, he said, veils America's real intentions.

Obama, he said, was put in the White House for America to show a new face to the world. "I sent him a message and told him that we welcome change, but we didn't see any genuine change. Superficial changes do not matter," Ahmadinejad said, referring to America's ties to Israel. BBC