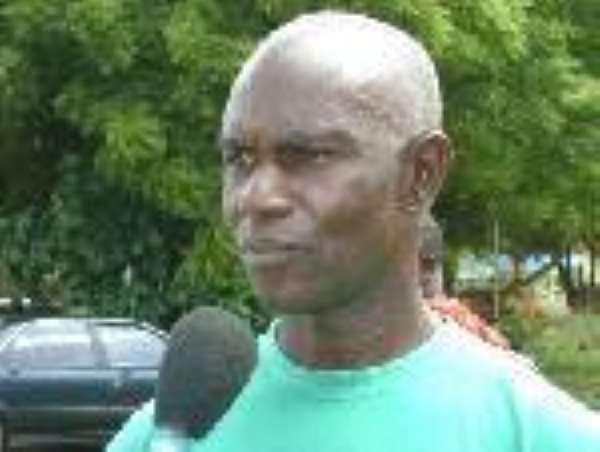 Ghana coach Herbert Addo is confident his players would cherish a clash with Nigeria in a dream final of the First WAFU Nations Cup, holding in Ogun State.

The local Black Stars finished off Burkina Faso with a sublime 4-0 victory in the final Group B match on Wednesday, sealing their semi final clash with Senegal on Friday.

Hosts Nigeria will engage Burkina Faso in the other semi-final clash.

The coach who was all smiles as his highly skillful lads demolished hard fighting Togo in their opening group match in Ijebu Ode last week said he was hoping and praying for a final that would pair the two arch rivals.

Addo, a quiet achiever in Ghana football said: "So far, the two teams have shown good character and it is only good that they meet to know who is better in the final game."

Apart from the scores this may have to settle, the Ghanaian sweat merchant who has won his country's premier league with three different club that include Ghana's foremost football ensemble like Accra Hearts of Oak and Ashanti Kotoko said he bore no pressure.

"Rather, the pressure is on my players who want to prove that Ghana's triumph at the FIFA U-20 World Cup in Egypt last year was not a fluke."

He wants to show that his country was enormously blessed and never in short of talented youngsters who can excel whenever they were called upon.

But he respects the Nigerian team he watched demolish the likes of Benin, Senegal and Guinea.

"The boys have played well so far. I think Daniel Amokachi has done a good job with these set of players and I only hope both of us would earn tickets to the final so we give the spectators a good match."

Meanwhile, after the gruelling duels that have separated the men from the boys, officials and players of the surviving teams are observing today as rest day.

For some, it has been a misadventure as teams like The Squirrels of Benin, Syli Stars of Guinea, Teranga Lions of Senegal and the Lone Star of Liberia would have since been cooling down in their respective countries after early exits from the tournament.

For Nigeria, WAFU provided a great escape route after the Home Eagles' failure to qualify for the Africa Nations Championships. WAFU could turn out to be a big blessing