Commercial Courts for all regional capitals 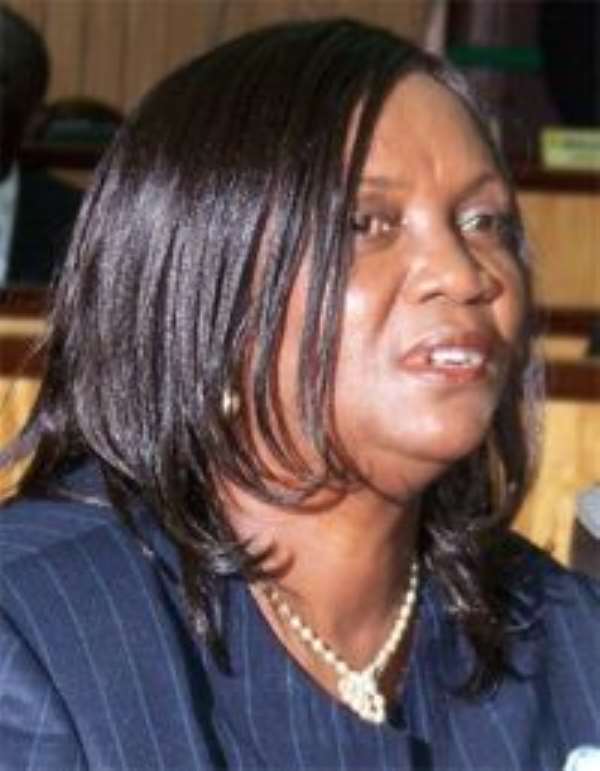 
Five years after its successful operation in Accra, the Commercial Courts system will soon be replicated in all the 10 regional capitals in the country, Chief Justice Georgina Wood, has revealed.

The Commercial Court system was introduced into the country by the late Chief Justice George Kingsley Acquah in 2005, to among other things, bring about shorter delays to commercial dispute resolutions.

Mrs Wood made the revelation when the Ugandan Chief Justice, Benjamin Odoki, at the head of a three-member delegation including his wife, paid a courtesy call on her yesterday after the Commonwealth Law Conference in Abuja, Nigeria.

She said the replication of the system in the regional capitals in a couple of months was borne out of the successes of the Accra Commercial Court and commended Uganda for its help to Ghana when it embarked on its establishment.

The delegation will visit the Commercial Courts to meet with judges manning those courts, meet with Ghana's Constitutional Review Committee to share ideas and experiences, and also meet with some Ugandans at the Ghana Law School at a cocktail.

Briefing the delegation, Mrs Wood underscored the need for the establishment of specialised courts, noting that it was especially important that every African country got a Human Rights Court as Ghana has done.

She explained that such a move would help in the enhancement and promotion of Human Rights, and promote good governance.

She also briefed the delegation on other specialised courts that the Judicial Service had established, including the Land Courts, whose establishment, she said was necessitated by the problems facing the country's land tenure system.

Mrs Wood commended the friendship between the judicial services of the two countries, noting that there were a lot that the two could exploit to better enhance their respective justice delivery systems.

She said Ghana was ready to share and also take advice from Uganda in relation to its Judiciary.

Justice Odoki also extended an invitation to Mrs Wood to visit Uganda next week to share in the experience of the Ugandan Judiciary. He commended Ghana for the opportunity given them to learn from its judiciary.