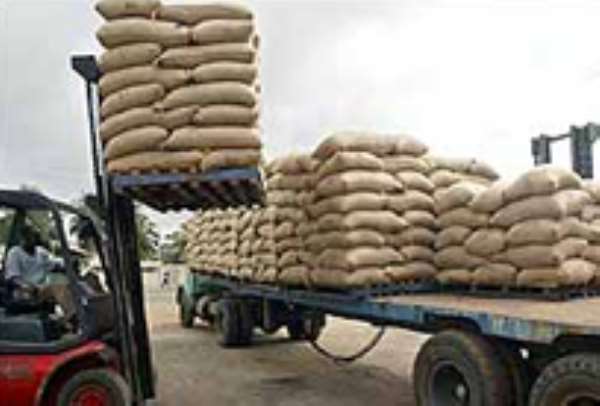 
A National Security personnel, Kwaku Darko, has been arrested by the police CID for his alleged involvement in the recent smuggling of cocoa into Ivory Coast.

Joy News sources at the Police Headquarters in Accra say Kwaku Darko, believed to be a Bureau of National Investigations (BNI) operative, was picked up Tuesday evening.

The arrest comes in the wake of three-month comprehensive undercover investigations led by ace investigative journalist, Anas Aremeyaw Anas, on how Ghana's cocoa get smuggled.

The video documentary has officers from the Army, Police, Customs and National Security engaged in massive smuggling of cocoa to neighbouring Ivory Coast.

Already, eight customs officers and a policeman implicated in the cocoa smuggling have been arrested by the police CID.

Mr Anas Aremeyaw Anas, who is also the editor of the New Crusading Guide newspaper, has hailed the initial arrest of nine persons identified in the video as “a good start”.

That, notwithstanding, the journalist is pushing for more arrests to follow, as, according to him, his work indicted more than 40 people for their various roles in the smuggling of cocoa to Ivory Coast.