Journalist must deepen freedom of expression 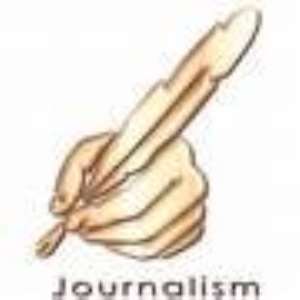 The Executive Director of the Media Foundation for West Africa, MFWA, Professor Kwame Karikari, has called on the media to raise the performance standards among the arms of governance to deepen freedom of expression.  Professor Karikari made the call at a Media Development forum attended by managers of Radio Stations in the Eastern and Volta Regions in Ho.

It focused on “the responsibility of the broadcaster in promoting free speech in democracy”.

Professor Karikari noted that since the inception of the Fourth Republic, all governments had supported engagements on issues relating to media legislation.  He observed that the nation's constitution imposes a huge watchdog role on the media, which can only be accomplished by highly professional media people.

He said if a thief has no moral basis to catch a thief, then it would be difficult for a journalist who takes bribes to hold other players in governance accountable.  Professor Karikari said radio stations must be seen to be voices of their own, not megaphones of  any political party.  He said radio stations and other media houses must reflect the national agenda and cited the mobilization of society for the attainment of health programmes.

The Ghana Media Standard Improvement Co-ordinator, Miss Ajoa Yeboa-Afari said the project, which is meant to develop a culture of investigative and analytical journalism in Ghana, was launched nearly a year ago by the Media Foundation for West Africa in collaboration with the Ghana Journalists Association.

She said eight rural radio stations and four newspapers would be selected for training programmes to improve standards. Ms. Ajoa Yeboah-Afari said the Media Development Forums are platforms for media self-examination as well as the exchange of ideas with the public to advance the profession.