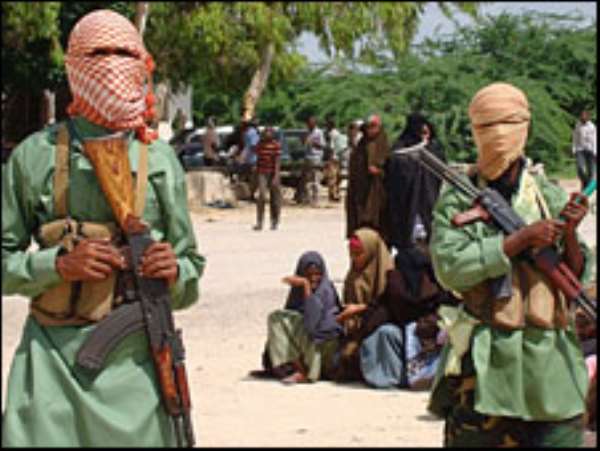 
At least 19 people, many of them civilians, have been killed in an outburst of fighting in the divided Somali capital Mogadishu.

Thirteen people died when African Union peacekeepers and government forces hit back after a militant attack on a military ceremony.

Reports say the AU forces used heavy artillery in densely populated areas in what was the worst shelling in months.

Another six people were killed by roadside bombs near Mogadishu airport.

"Our teams collected the bodies of 16 civilians, while 55 others were injured in the shelling. Several children are among the dead."

The shelling started in the afternoon when Islamist fighters fired mortars at the presidential palace and airport during a ceremony commemorating the 50th anniversary of the country's national army.

"Afterward local residents and some other government officials rushed to the scene to help the injured and as they gathered the second explosion went off, killing four civilians."

Somalia has not had a functioning government in decades and the Islamist rebels control large parts of its territory.