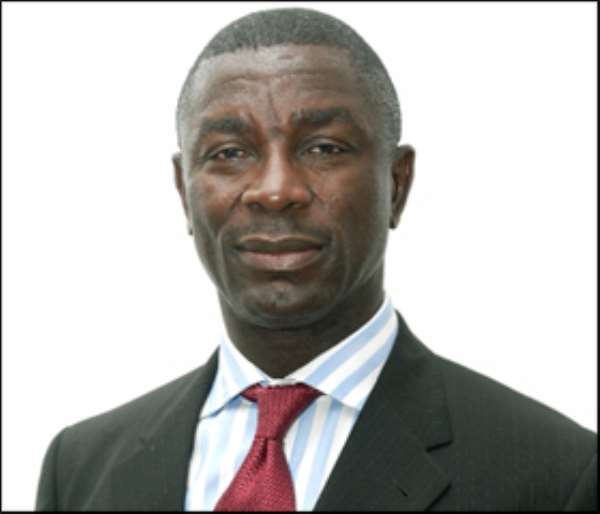 
The Chief Operating Officer of UT Financial Services, Capt (Retd) Budu Koomson, has assured workers of the company that they would not be laid off because of the merger between the company and UT Bank.

“By the end of the year, we are going to expand aggressively and employ more people to work in the new merged entity,” he told journalists in Accra last week.

On March 30, 2010, the board of directors of UT Financial Services (UTFSL) was given the green-light by shareholders to acquire the business undertaking of UT Bank Limited.

At the company's Annual General Meeting (AGM) in Accra, the shareholders passed a special resolution to authorize the directors of the company to issue and allocate 91,304,348 ordinary shares in UTFSL to acquire UT Bank Limited.

The additional shares of UTFSL would be listed on the Ghana Stock Exchange and subject to the approval of appropriate regulatory authorities.

The resolution further mandated the board to change the object and name of UT Financial Services to UT Bank Limited after the merger, which is subject to the approval of the Bank of Ghana (BoG), the regulator of the banking industry.

The board of directors of UT Financial Services said the reason for acquiring the business undertaking of UT Bank Limited was to position the newly merged entity to take full advantage of the opportunities in the banking sector in Ghana.

Officials of the bank said the acquisition of UT Bank by UTFSL would be completed in two phases.
In phase one, UTFSL would issue additional shares of 91,304,348 to the shareholders of UT Bank.

In phase two, the board and management of UTFSL would proceed with all technical and regulatory requirements to conclude the transaction.

Capt (Retd) Budu Koomson disclosed that no subsidiaries of UT Financial Services would be closed down after the deal.

“UT Bank has 10 branches and UT Financial Services has 16 branches, making it 26,” he stated, adding that structures that are not suitable for banking would be improved.

The merger between UT Financial Services and UT Bank would be concluded by June this year, the Chief Executive Officer (CEO) of the company, Prince Kofi Amoabeng said.

The overall profit of the company for 2009 was GH¢7.5 million, representing 42 percent above the previous year's figure, while its bad debts was down by 30 percent.

The total asset of UTFSL also increased by 66 percent for the year under review and this is expected to increase the volume of business activities.

The loan portfolio of the non-financial institution increased by 63 percent to GH¢125 million and business and social loans by 46 percent, while auto loans grew by 49 percent year-on-year.