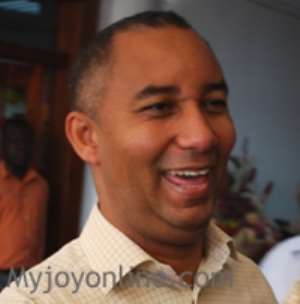 This does not consist of money that would be spent by state-owned Tema Oil Refinery (TOR) to import oil into the country.

Four financial institutions namely, Standard Chartered Bank, PNP Paribas Bank, BP International and Citi Bank UK, have been selected to serve as consultants for the implementation of the policy.

A document from the Ministry of Finance and Economic Planning, available to BUSINESS GUIDE, indicates that the cost of implementing the risk management strategy includes a budgetary provision of $2.8 million to $5.5 million per month or a price protection cost of GH¢0.03-GH¢0.05 per liter to be factored into the petroleum price build-up at the level of the import imparity. All these are subject to Parliamentary approval.

According to the document, the use of the call options policy would allow the NPA to protect the Ghanaian consumer from price rises, up to a locked-in maximum price, while allowing the consumer to benefit from lower prices. However, it says the cap cost can be passed to the domestic consumer through the petroleum price build-up.

Last week, the committee tasked to oversee the hedging of oil began work. The committee was made up of nine members from the Ministry of Finance and Economic Planning, Ministry of Energy, Bank of Ghana, Attorney General's Department and three people from the National Petroleum Authority (NPA). Others were two experts with knowledge and expertise in commodity price risk management.

The document stated that hedging was not about making gains or losses but a buying protection policy, hence an effective communication should be undertaken to convince the public to accept the proposal.

But analysts and economists have expressed mixed concerns over the policy on the back of recent hedging losses by AngloGold Ashanti, saying that government has to tread cautiously.

According to them, government could implement the policy if it can get future oil price right to save more money.

The NPA however argued that Ghanaian consumers would not pay beyond a certain price for petrol or diesel at the pumps.

Alex Kofi Mould, acting Chief Executive Officer of the NPA said hedging has become necessary because the local consumer cannot bear the full pressure of increases in petroleum prices on the world market.

Oil hit $147 in June 2008 when the global financial crisis reached its peak, but later dropped to as low as $55 in four months, raising concerns about the unpredictability of the price.

It hovered around $85.75 last week on the New York Mercantile Exchange and many have predicted that it would continue to rise amid improving US job market and increasing demand of the commodity in Asia, especially for Chinese manufacturing firms.

Govt Bar Parents From Visiting Wards In School
49 minutes ago