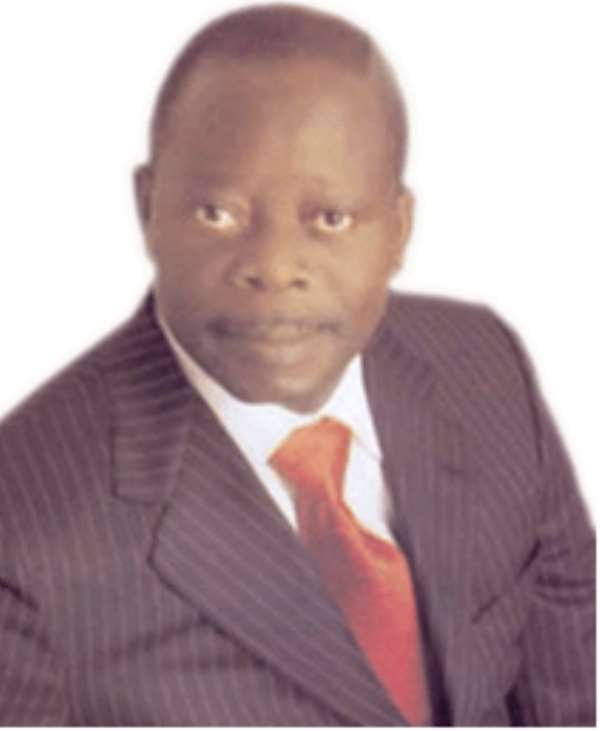 Information reaching huhuonline.com revealed that abductors of Chief Medical Director of the University of Benin Teaching Hospital [UBTH], Professor Michael Ibadin have released him; it was not clear whether his release was in connection with the payment of ransom; huhuonline.com gathered that the faceless gunmen today (April 8) reduced their ransom demand from N50million to N20 million.

Our checks showed that sequel to this bizarre development, UBTH doctors have refused to work, saying until kidnappers release Professor Ibadin they will not resume duties, as over 50 doctors from the hospital embarked on strike yesterday, April 7. The protesting doctors are demanding authorities to find the captors and bolster security in the area.


The Edo state Commissioner for Information, Mr. Anslem Ojezua says the striking doctors protested to the government, adding that government is appealing to them to return to work for the sake of the patients. However, nurses and consultants are taking care of the sick in the doctors' absence, while the hospital has started to turn away new patients due to the strike embarked upon by the doctors of the hospital because of the kidnap of the CMD. The CMD of the hospital Professor Michael Ibadin was kidnapped on his way to work on the early hours of April 6. In the same usual response which never yielded any positive response, the IG of police, Mr Ogbona Onovo said investigations are underway to stop the menace of kidnapping in Nigeria and rescue the kidnapped doctor. However with this release, we hope the striking health workers will resume duties immediately, as latest reports show that causalities recorded in the last 24 hours in Edo State have been so disturbing and alarming at UBTH.


It would be recalled that the Chief Medical Director of UBTH, Professor Ibadin was abducted by unknown gunmen on Tuesday (April 6) while on his way to work from his residence at Ekosodin, an outskirt of Benin City. According to the Chairman of the Nigerian Medical Association in the state, Dr Osahon Enabulele, because of the kidnap, medical and dental practitioners in public and private health institutions in the state had been directed to withdraw clinical services with effect from yesterday. He added that they were to down tools until the kidnapped CMD is released alive. Enabulele said they decided to suspend medical services to members of the public because no medical or dental practitioner could render services, when his security could not be guaranteed. “The NMA feels pained to declare publicly that following the attacks and kidnap of Prof Ibadin, it has resolved to withdraw its services until the CMD is released and security is guaranteed at the hospital.


This is a clear evidence of a failed leadership in Nigeria, the Nigerian government in the local, state and federal level, have consistently displayed to its citizenry that her role in the protection of lives and properties have become a mirage; high profile kidnapping, ritual killing, hostage taking, armed robbery, assassination etc are now common place in Nigeria.