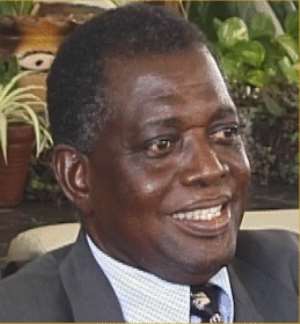 The Minister of Communications and Technology, Mr. Felix Owusu-Adjapong has said the Business Plan of Telenor, the strategic partner to Ghana Telecom (GT) is at its final stages and would soon be presented to the board of GT.

Mr. Owusu-Adjapong made this disclosure in Accra yesterday at the maiden meeting of the restructured and reconstituted Board of Directors of GT.

He said, "it is hoped that the financing agreement together with the terms of the Performance Bond would be concluded with Telenor to enable GT and Telenor sign the Management Services Agreement (MSA) in due course".

Telenor, he said, is to provide financial resources to expand the fixed network of GT by a minimum of 400,000 fixed lines within 2-3 years as part of moves to extend telephone services to each town "with a Senior Secondary School (SSS) or Teacher Training College for internet".

Also, it is to provide management expertise and technical services to facilitate the positioning of GT in the global market and improve existing infrastructure to broadband to facilitate the introduction of multi-media.

On the Policy Statement of GT, he said the "Onetouch" mobile phone service of GT would soon be extended to Bolgatanga and Wa the regional capitals of Upper East and West regions respectively.

As a part of measures to curb smuggling, particularly cocoa to Cote d'Ivoire, telephone lines would be extended to the major towns along the borders.

He said within the first quarter of next year there would be an extension of additional 35,000 lines to Kumasi and the extension of telephone facilities to Tanoso, Buokrom, Achiase Jungle Warfare Military Base and Sefwi-Wiawso.

Mr. Owusu-Adjapong commended the outgoing Interim Management Committee (IMC) which was constituted in June this year to manage GT for attaining some of the goals of the company. He said within a period of three months, the IMC constructed and completed installation works on the Kpando Digital Telephone Exchange.

He tasked the new board, which would be inaugurated next month to ensure that it completes the number of Transmission and Switching projects initiated by the IMC, by the end of the year.

He said the IMC put in place a programme to extend telephone facilities to Sekondi, Teshie-Nungua, Kwame Nkrumah University of Science and Technology (KNUST), Akatsi, New Edubiase and Assin Fosu among others.

Mr. Owusu-Adjapong said the government has accepted to buy the shares of G-Com, led by Telekom Malaysia which is currently under valuation. "We expect to fully complete the transaction by the end of the year."

The telecom sector still remains one of the sticking points of the government's Golden Age of Business and ICT policies.