Revisiting the 1897 destruction of Benin 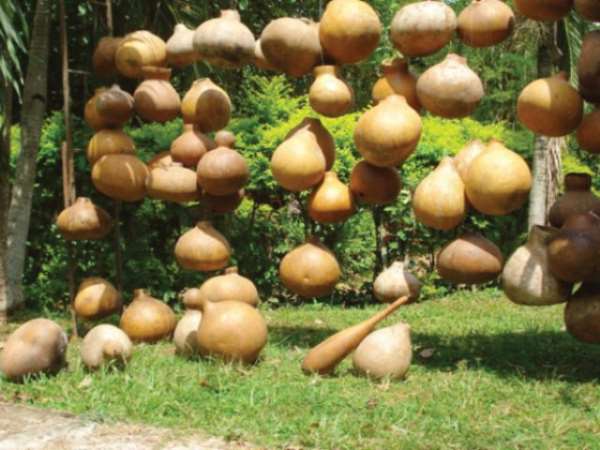 The looting of African artefacts and the ceaseless calls for their repatriation will take centre stage when 'Benin1897.com: Art and the Restitution Question', a solo travelling exhibition by artist, Peju Layiwola, opens.

The exhibition, being organised to mark Nigeria's 50th anniversary, will open on April 8 at the Main Auditorium Gallery, University of Lagos, and run till May 30. The Enogie of Obazuwa, Edun Akenzua, will declare the exhibition open.

'Benin1897.com' is a touring exhibition, and will berth at the Museum of the Institute of African Studies, University of Ibadan, from August 19 to September 19. The Edo State government will subsequently host the exhibition at a yet-to-be announced venue.

Kill and loot
In February 1897, a 'punitive expedition' was sent to Benin to capture the king and destroy his kingdom in retaliation for the killing of a British Counsel and his party on their way to investigate reports of ritual human sacrifice in the city. But the punitive expedition not only went beyond its brief - capturing and destroying the city - it also engaged in large scale looting of artefacts. Among other war 'booties', about 900 Benin bronze works were taken from the city to "defray the cost of the war." Many of these are held at the British Museum in London, and have been the subject of long standing contention between Britain and Nigeria.

Most of the works were bought by German museums where they remain till the present time, while about 50 found their way to Britain. The works featured in an exhibition on the 100th anniversary of the sack of Benin at the British Museum in 1997. Though there have been numerous and consistent calls for the repatriation of bronze works and other artefacts, the European countries that are in possession of these art pieces have refused to let go of them.

Filling a void
'Benin1897.com', featuring a colloquium and publication by nine scholars on art-stripping and restitution, is Layiwola's impression of the destruction of the city. Layiwola, a lecturer in the Department of Creative Arts, University of Lagos, is a granddaughter of Oba Akenzua II (king of Benin, 1933 to 1979) and daughter of Elizabeth Olowu, the first sculptress in Benin.

Curator of the exhibition, Sola Olorunyomi said, "The current exhibition could as well be described as her most ambitious; at once affective and deeply contemplative, it arrives with a 244-page publication and catalogue with 154 colour illustrations.

"Besides its intellectual content, this effort could equally be read as an exercise in filial cultural intervention, something not just of a professional obligation but an anxiety to fill an autobiographical void. Through this cultural action for freedom, the past seems to be indicting the present, as one offspring of a brutish encounter is beginning to throw barbs of indictment at past abuse of power."

Folarin Shyllon and Ademola Popoola, both professors of Law, will speak on restitution and the repatriation of cultural property to Nigeria at the colloquium that will open the exhibition. Akin Oyebode, another professor of Law, will chair the session.

The Centre for Black and African Arts and Civilization (CBAAC), the Edo State government, Universities of Ibadan and Lagos, and the National Commission for Museums and Monuments, are supporters of the exhibition.

Scholars, including Folarin Shyllon, Slyvester Ogbechie, Freida High, Kwame Opoku, and Benson Eluma, have essays in the accompanying publication to the exhibition. Others are Mimi Wolford, Mabel Evwierhoma, Akin Onipede, Victor Edo, the artist herself, and Sola Olorunyomi