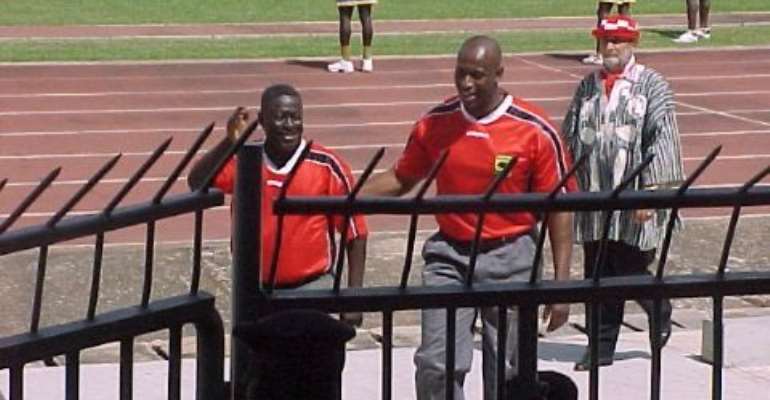 Kumasi Asante Kotoko’s flamboyant Chief Executive, Mr. Herbert Mensah has dedicated Kotoko’s victory to the long-suffering, but patient support who unflinchingly stood by their Management during difficult times, especially, when extremely difficult decisions had to be taken in the interest of the Club. According to Mr. Mensah, Kotoko supporters are the greatest and indeed deserve something better than just an ordinary final appearance in Africa and believe that with unity of purpose Kotoko are capable of wining the ultimate (the Mandela Cup). Speaking to reporters after the Red Devils’ impressive 3-2 win over their Congolese counterparts, the SUPER MAN, was quick to call on the entire porcupine family to strategically plan for the grand finals against Wydad Casablanca somewhere in November. He thanked all Ghanaians for the support offered the team by way of prayers