BBC responds in row over Ethiopia 'aid for arms' 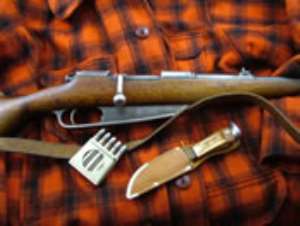 
A quarter of a century ago, the BBC's Michael Buerk achieved something very rare - he not only reported the world, but changed it a little bit.

His vivid on-the-spot coverage of a famine "of biblical proportions" in Tigray in northern Ethiopia pricked the conscience of the richer part of the world.

As a result, many thousands of lives were saved - and tens of thousands of those facing starvation received food.

In the past week, the BBC World Service has broadcast an Assignment documentary you can listen to it here - based on the testimony of key figures on the ground in and around Tigray in the mid-1980s.

It presents evidence, compelling evidence, that some of the famine relief donations were diverted by a powerful rebel group to buy weapons.

The documentary has revealed some uncomfortable facts and provoked a strong response. This morning a British newspaper, The Independent, gives over its front-page to complaints from Sir Bob Geldof and several leading charities. They accuse the BBC of "disgracefully poor reporting".

The suggestion of aid money being to diverted to buy arms is "palpable nonsense", in the words of Phil Bloomer, director of Oxfam's campaigns and policy division.

Sir Bob goes further. "This is a Ross/Brand moment in BBC standards for me", he told The Independent. "It is a disgrace".

Ok, so let's stand back a moment. This documentary was put together by Martin Plaut, Africa Editor at BBC World Service News.

He has a particular expertise in the Horn of Africa, and indeed reported from there on the famine back in the 1980s. He has spent almost a year gathering material and doing research for this documentary - and the BBC stands by his journalism.

As so often is the case, the famine that afflicted northern Ethiopia was compounded by war. Much of Tigray was controlled by a hard left-wing rebel group, the Tigrayan People's Liberation Front. They were fighting the Ethiopian army, then the largest in Africa.

This was also the era of the cold war - and the Americans were seeking to undermine the Soviet-aligned Ethiopian government.

It is not in dispute that millions of dollars of relief aid was channelled through the Relief Society of Tigray (Rest), which was a part of the TPLF rebel movement. It was the only way of reaching those in desperate need in rebel-held areas. What Martin Plaut's documentary uncovers is the systematic diversion of aid received by Rest to buy arms for the TPLF.

Martin tracked down two key former members of the TPLF who explained how they managed to divert the money.

They are now at odds with the then TPLF leader, Meles Zenawi, who is currently Ethiopia's Prime Minister. But they are credible voices.

One of these former TPLF fighters, the rebel army commander at the time, makes an allegation which has attracted particular controversy - that the organisation made a policy decision that only 5% of the money received by Rest would be spent on relief, with the bulk going directly or indirectly to support their military and political campaigns.

Among the other accounts featured in the World Service programme, Robert Houdek, who was the senior US diplomat in Ethiopia in the late 1980s, states that TPLF members told him at the time that some aid money and supplies was used to buy weapons. A CIA document paints the same picture.

Sir Bob Geldof was given every opportunity to express his point of view while the documentary was being made, but declined to be interviewed.

Some relief agencies - including Christian Aid and Cafod - pointed us towards their staff involved in directing food supplies 25 years ago, and those voices were included.

Two key aid workers active in and around Ethiopia in the 1980s confirm in the BBC World Service programme the way in which relief was channelled through Rest - though they dispute that there was a significant diversion of money for arms buying.

"If we were being conned, I think it was on a very small scale," said Stephen King, then overseeing from Sudan the work of Catholic charities in providing food to the starving.

The documentary did not say that most famine relief money was used to buy weapons - it did not suggest that any relief agencies were complicit in the diversion of funds - it explicitly stated that "whatever the levels of deception, much aid did reach the starving".

But there is a clear public interest in determining whether some money given as famine relief ended up buying guns and bullets.

And that's what the evidence suggests.