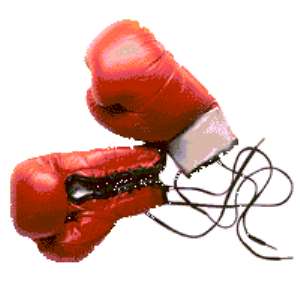 Malik Jabir, National Super Batamweight Champion, has stated that his decision to challenge Raymond Narh for the National Super featherweight title is to enable him make an indelible mark in the history of boxing in Ghana. He said he has written to the GBA relinquishing his title because "I want to win the Super Featherweight title by beating Narh before going back for the Bantamweight title in order that my name would go into the record books as the only boxer to have achieved this feat in Ghana", the champion told GNA Sports in an interview. "I know I can beat Narh because I know the art of boxing more than him and there is no way he would be able to survive the full distance", Jabir added. According to Jabir, he made an attempt to move to the Featherweight division but the champion is refusing to fight hence his decision to go beyond that to keep his dreams alive. The Batamweight Champion denied rumours that he ran away from a contract to fight Narh earlier in the year saying it was just an attempt to soil his image. " Ever since I won Super Bantamweight title two years ago no one has made any attempt to challenge me for it." He said, his manager has written to the Ghana Boxing Authority (GBA) on his decision to move up in weight adding that he has signed the contract with the promoter to challenge Narh for the title which he is going to win by knocking Narh out in the fourth round. Jabir urged Narh to sign his part of the contract to enable the fight materialised adding that Narh should either put up or shut up. The Bantamweight champion said after fighting Narh he would take on two more fights before travelling out side the country to continue with preparation towards world title fight. Mr. Alfred Martey manager of Prince and Baseline promotions syndicate under whose promotion the fight would be staged on December 6, told the GNA Sports that, even though Narh is yet to sign his part of the contract there is no cause for alarm since the Featherweight Champion has already expressed his willingness to take on the challenge. Malik Jabir and Raymond Narh are billed to fight on December 6 for the National Super Featherweight title. Two thousand dollars is on the table for the winner of the fight. The money was made available by former WBA welterweight titleholder, Ike Quartey, and Alhaji Amanor, a boxing fan.