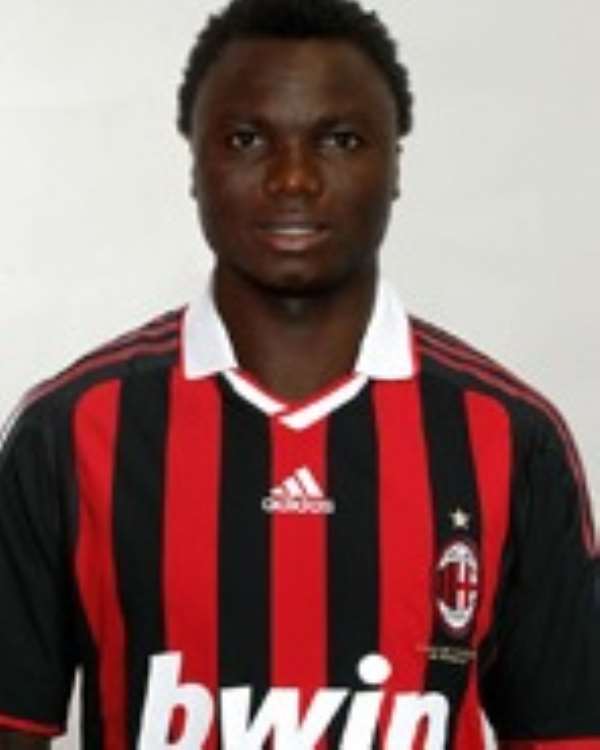 Ghana U20 striker Dominic Adiyiah is set to named Africa's best youth player for 2009, a source within Caf has told Ghanasoccernet.

Black Satellites coach Sellas Tetteh is also in the hunt for the continent's top coaching award - the Africa Coach of the Year.

The two Ghanaians have been tipped by the Caf official to win their categories in Africa's top football awards event to be held in Ghana next month.

They will be named in a shortlist to be annouced by Caf later on Tuesday, Ghanasoccernet understands.

Another Ghanaian Michael Essien is also being considered for the Africa Player of Year award but he faces stiff competition from his Chelsea team-mate Didier Drogba and Samuel Eto'o, Malian Seydou Keita and Barcelona's Yaya Toure.

Adiyiah, who is the reigning World Youth Best Player, is the first footballer from Africa to win the award and is expected to sweep the continental award.

Tetteh is also tipped to the coaches' crown because of his heriocs with the Ghana U20 side from the start of 2009 to the end of the year.

He is highly fancied to win the 2009 Africa Coach of the Year after guiding the Black Satellites sweep the titles including the Wafu, Africa and World Cup trophies.

Ghana will this year host a big continental football event as the Confederation of African Football (Caf) has decided to hold the Glo Caf Awards ceremony in Accra next month.

The event was originally scheduled to be held in the Senegalese capital Dakar on 25 February but the organisers have decided to postpone the date and venue.

The event sponsored by telecommunications giants Glo will now be held at the Accra International Conference Centre on 11 March.

The change of date and venue is to enable the various nominees to be able to attend the event as most of them ply their trade with top clubs in Europe.

This is the second time that the Ghanaian capital will host the event which was held in the country in March 2007.