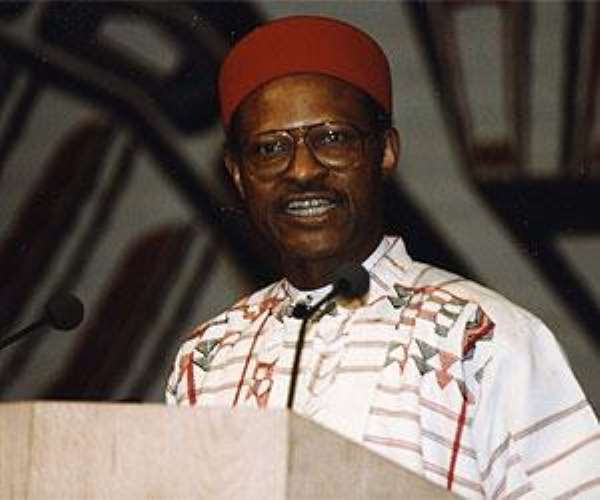 Emeka Anyaoku has frowned at the recently concluded gubernatorial polls conducted at his home State Anambra. This, the State man expressed in a telephone conversation with the correspondent of Ukpakareports.com.

According to Emeka Anyaoku, who noted that he was not physically present in Anambra on the day of voting, the disenfransement of the Anambra voters was at a level that caught the attention of concerned Statesmen. He expressed bitterness to the cancellation of the 45,000 votes from Obosi, his hometown - and the cancellation of over 30,000 votes in Nkpo.

Emeka Anyaoku, who was a beneficiary of the sale of Orient Petroluem via the makings of Peter Obi administration, indicated that the cancellation of the Obosi and Nkpo votes needs to be re-examined particularly since it may have tipped the result/outcome of the elections.

INEC had cancelled the election results of Obosi and Nkpo and thus nullifying 75,000 votes that may have affected the result/outcome of the elections. Obosi and Nkpo are considered strong holds of the former governor, Dr. Chris Ngige. And as recalled, Peter Obi was declared the winner of the electoral exercise with 97, 843, Dr. Chris Ngige with 60,240, Prof. Chukwuma Soludo with 59,355.

Emeka Ayaoku's comments comes on the heels of new revelations indicating that the INEC erred in declaring Peter Obi the winner of the February 6th 2010 elections. It was revealled that Peter Obi did not meet the INEC requirements to be declared the winner in the race. He failed to obtain 25% of the votes in 14 of the 21 Local Government Areas [LGAs] in Anambra State - representing 2/3 of the LGA.

Adding gusto to the problems facing the February 6th 2010 is the recent Federal High Court ruling the deemed the INEC ill constituted to conducted elections in Nigeria. The suit brought about by Femi Falana at a Federal High Court Holden in Lagos ruled in particular that the INEC is supposed to have by law 13 commissioners prior to setting up a date for an election or conducting an election. The ruling came on February 4th 2010 and stopped the INEC from proceeding with the elections in Anambra State.

Already, Dr. Chris Ngige has opted to take his case to the elections court and has begun preparing for an election runoff that may hold before June of 2010. Prof. Maurice Iwu's tenure at the INEC will expire in June 2010 and it is unclear whether he will go for a second term.

Chief Anyaoku holds the title of Ichie Adazie of Obosi, a traditional Ndichie chieftainship. In 1990, the heads of all 19 communities of the Idemili Clan in his home state of Anambra accorded Anyaoku a unique honour by investing him with the title of 'Ugwumba Idemili'. His wife, Bunmi, is also a chief - Ugoma Obosi and Idemili - in her own right, with a long involvement in welfare work in Nigeria and through Commonwealth organisations.