If Shah Rukh Khan is a “Pak Jehadi agent”,then Who is the patriotic Muslim? 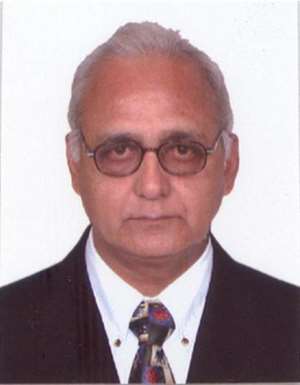 Many extreme forces in India have come together against the Bollywood superstar Shah Rukh Khan. The reason behind their opposition to Shah Rukh is said to be his advocacy for Pakistani players' participation in the Indian Premier League (IPL), though neither he has taken any Pakistani player in his team-Kolkata Knight Riders nor he has said any such thing which tantamount to the sympathy towards Pakistan. On the very next day of Shahrukh's statement about the Pakistani players, the Home Minister of India Mr. P. Chidambaram assured the security of foreign players including Pakistani players. But no extremist leader or organisation dared to object Chidambaram, instead they opted to attack the soft target i.e. Shah Rukh Khan. Narrow minded politicians themselves want to become popular by way of opposing a famous personality.

The so-called 'nationalist leaders' who are nowadays criticising Shahrukh Khan include the leaders of the Shiv Sena, Rashtriya swayam sewak sangh (RSS) sister organisations like Vishwa Hindu Parishad (VHP) & Bajrang Dal, and the Sri Ram Sena chief Pramod Muthalik, and along with them the yoga guru Baba Ramdev. Some among these have threatened SRK that they will burn him alive and also. They are also asking Shahrukh to leave Mumbai and shift to Karachi. Let us have a look at the family background of that Shahrukh Khan against whom such insulting vocabulary is being used.

Shahrukh Khan was born in a Pathan family in Delhi in 1965. His father Taj Mohammad was a freedom fighter who struggled for the independence of the country. Since he didn't want to see the partition of the country, so in 1947 he came to India from Peshawar even before independence. Shahrukh's mother Latif Fatima was the adopted daughter of Major General Shahnawaz Khan. Gen. Shahnawaz Khan needs no introduction. He was the major General in the Azad Hind Fauj of Netaji Subhash Chandra Bose. At the time of independence Country shouts slogans of these Generals, like- Dhillon,Sehgal, Shahnawaz-Zindabad Zindabad. Shahrukh's mother's family also came to India from Rawalpindi. One can imagine the love of above families for their nation as these Muslim families migrated to India at that time when millions of Muslims were compelled to leave India and millions of Hindus were compelled to migrate from Pakistan to India.

Shahrukh Khan lived in Rajendra Nagar area of Delhi and completed his schooling from St. Columbus School. He pursued higher education from Hansraj College and Jamia Millia Islamia University. After the demise of his parents, he went to Mumbai in 1991. The same year he married a Kashmiri Munjal Brahmin girl Gauri Chhibbar. The marriage was concluded according to the Hindu customs and rituals. Now, Shahrukh Khan has two children- Aryan and Suhana. His home can be called the home of a true secular nationalist Muslim. All holy books- Quran, Gita, Bible etc. are there in his home and he studies these from time to time. He has been given many national and international honours and awards. In 2005, he was given India's fourth biggest civilian honour- Padmashri. In April 2007, his wax statue was installed in the famous Madame Tussauds Museum in London. The same year, a similar statue was installed in another famous museum of Paris. In October 2008, he was awarded 'Datuk', the highest honour of Malaysia. In 2009, he was honoured with the doctorate degree by Bedfordshire University of Britain. Many books have been published on the personality of Shahrukh Khan.

Above introduction is of that person who had played in the lap of Gen. Shahnawaz Khan and heard numerous stories of patriotism from him. Let us also pay obituary to Gen. Shahnawaz Khan through this article. I am fortunate enough to serve Gen. Khan. In 1979, he went to Allahabad for a political programme and stayed at Prayag Hotel there. That time I was deputed there in his service. I saw very closely there that Gen. Being a patriotic nationalist Khan regularly used to observe namaz five times a day. He was a great roll model for a true patriotic Muslim. He was the son of Captain Tikka Khan and got commissioned in the Indian National Army from the Royal Indian Military Academy, Dehradun. He was inspired by Subhash Chandra Bose. He was also the head of the committee setup in 1956 to enquire into the death of Subhash Chandra Bose.

Can Shahrukh's views be similar to that of 'Pakistani Jehadis'? Is it justified to give him such titles? What can be its impact on the conscience of other patriotic, liberal and secular Indians? Can these so called self-styled nationalists compare their family backgrounds with that of SRK's? Today Shahrukh is being asked to apologise to a separatist leader Bal Thackeray whereas many prominent people including the Home Minister have clearly said that sports should not be linked with politics. Prominent Indian journalist Alok Mehta even has said that Bal Thackrey is a mafia don and he must be hanged. Even Smita Thackray, the daughter-in-law of Bal Thackray is supporting Shahrukh. Former Chief Minister of Maharashtra Narayan Rane, an old colleague of Thackeray has even said that Bal Thackeray is doing all this to get money. But nobody is being criticised. Why only Shahrukh Khan is being targeted.

On the anniversary of 26/11 in a programme at India gate in Delhi, Shahrukh Khan expressed concern that why people ask for his views on terrorism. He further said that there can be no two thoughts on terrorism. But perhaps it is being asked from him because he is a Muslim. Is today's attack on Shahrukh Khan proving his concern right? If it is so, then it is very dangerous for the unity and integrity of the country. While Shahrukh Khan is regarded as a role model for the progressive and liberal Muslims of the country, on the other side he 'honoured' with the title of 'Pakistani Jehadi agent'. Today, among the global fans of Shahrukh Khan, more are from the non-Muslim communities. Despite this, what is the rationale behind unnecessarily degrading him? This is a failed attempt to polarise the Hindus against him. Whoever is trying to this is very unfortunate and dangerous for our composite culture and secularism. Only people can teach lesson to such forces. Perhaps, the poet has said for people like Shahrukh- Zahide tang nazar ne mujhe kafir jaana, aur kafir yeh samajhta hai Musalmaan hoon main. (A narrow minded muslim cleric says that i'm a non believer as nonbeliever says that i'm a Muslim).

Feature Article
Powered By Modern Ghana
Will The Availability Of Trump's Tax Details Make A Difference In The November Presidential Election
BRAVO! Ghana Catholic Bishops' Conference
The Poor Workman Blames His Tools
Welcome To Western Togoland: How Did HSGF Happen?
It Is Not A Time For Grief, It Is A Revelation Time
I Bet, Only A Miracle Can Persuade Beneficiaries To Send Free SHS Critic To Jubilee House
NDC Out-Smartly Avoid Bawumia and Jane Vice Presidential Debate
Muntaka Needs “Mental Screening,” Not Just Health Screening
Kufuor Did What Every Astute Politician Would Have Done
COVID-19 Updates Live Dashboard
TOP STORIES

Ghana Would Be Cursed Should We Vote Against Akufo-Addo — La...
56 minutes ago