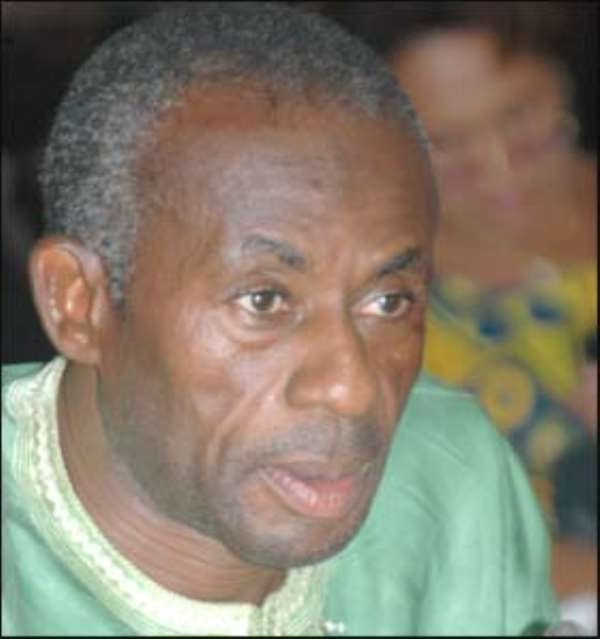 HECKS CONDUCTED by DAILY GUIDE indicate that there are some anomalies at the Forestry Commission (FC), as suspected cronies of the National Democratic Congress (NDC) government have been granted permits to harvest teaks.

According to sources, contrary to the earlier directives given by the Minister of Lands and Natural Resources, Collins Dauda, that a ban had been placed on timber companies to prevent them from harvesting their concessions, supporters of the NDC who are also involved in the timber business have been given the green light to operate.

“Indeed, there is double standard unfolding at the Forestry Commission”, a source said.

At the time that the minister has asked some companies who have paid for their concession to hold on, he has issued another one to his boys.

One of the alleged NDC timber merchants who has been given the permit to work is Bright Nkeyasen, Managing Director of In-Gods Service Wood Processing and Limited.

Upon the instructions of Mr. Dauda, who is also the NDC Member of Parliament for Asutifi South in the Brong Ahafo Region, Bright Nkeyasen was said to have been allowed to harvest teak trees because he has withdrawn a court case against the Forestry Commission.

Some members of the Commission have expressed misgivings about the development, arguing that “they have been whipped to dance to the tune of the Minister”.

“Well, the Minister has directed and we have to comply. Even though some of us protested, our request fell on deaf ears”, another source reiterated.

It would be recalled that the Commission, in March last year, revoked all the permits granted to over 12 timber firms operating in the Jasikan District in the Volta Region and other areas in the country.

DAILY GUIDE gathered that since the ban, the activities of the timber merchants have been kept in limbo and they are now struggling to survive as their bankers are giving them no breathing space as a result of huge loans contracted.

Though DAILY GUIDE learnt the timber companies have paid 100 percent of their concession fees upfront to the Forestry Commission, they have not been explicitly informed that their monies will be refunded to them to settle their bankers.

A letter dated March 3, 2009 and signed by W. M Awaregya, Jasikan Area Plantation Manager stated, “I have been directed by the Executive Director to stop the operations of all contractors that have been granted permits to harvest plantation timber within the Jasikan Plantation area.

“This order takes immediate effect and supersedes that of 2nd March, 2009. Any further development will be communicated to you in due course”.

Months after this development, the Minister of Lands and Natural Resources has impressed upon the officials of the Commission to grant permit to Bright Nkeyasen, who is said to have asked timber merchants to support the government.

The new letter, which is dated January 11, 2010, and signed by the Executive Director stated “based on the directive of the Minister for Lands and Natural Resources, we have processed the request of the affected companies as part of a condition for the out-of-court settlement of cases referenced above.

Permission is hereby granted to your company Engineering & Technical Services Limited to harvest the allocated teak trees within the Ogome Taungya Series of the Volta Block II Forest reserve in the Somanya Forest District”.