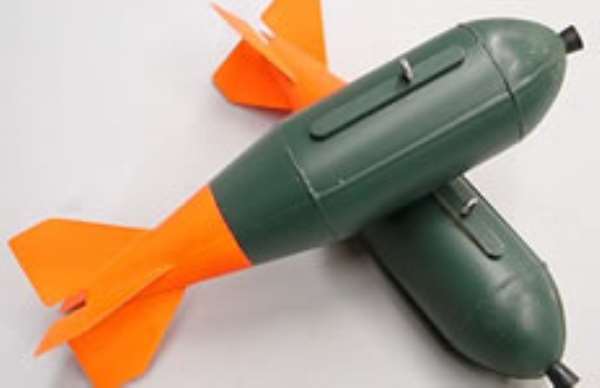 
A bomb explosion in Afienya Zongo, a suburb of Tema has left one person dead, Tuesday afternoon.

The deceased, a scrap dealer, was said to have found the bomb at Shai Hills a location used for military training.

An eye witness told Joy News the deceased attempted to dismantle the bomb but died in the process.

He was torn into pieces when the bomb exploded, the witness narrated.

The said bomb is suspected to have been mistakenly left behind by the military after their routine training expedition.

Tema Regional Police Commander ACP Augustine Gyaning confirmed the incident, adding the military has cordoned off the area and have begun intensive search for military wares.