By BBCNB: Watch video from You Tube 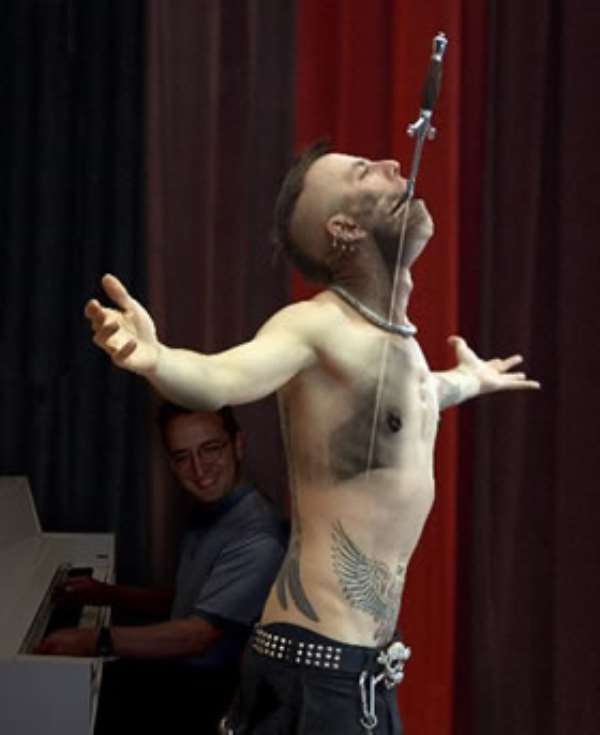 
An Australian performance artist has set a Guinness world record by swallowing 18 swords at the same time.

Chayne Hultgren, also known as the Space Cowboy, beat his own 2008 record by swallowing the swords, each 72cm (28.35in) long, at an event in Sydney.

He said that while the stunt was not dangerous, he had spent many hours training for it.

After setting the record, Mr Hultgren, 31, described it as definitely one of his greatest achievements so far.

"Wow, I did it, it feels good, thank you very much, it feels really good actually," he said.

Mr Hultgren started practising with swords at the age of 16 and says he has used different methods to perfect the art.

"I stretch my throat with hoses and use a few different techniques to basically enable me to do what, until now, has been impossible".

"I don't just straightaway grab 18 blades and shove them down my throat - you've got to practise a lot and build up to it," he says.