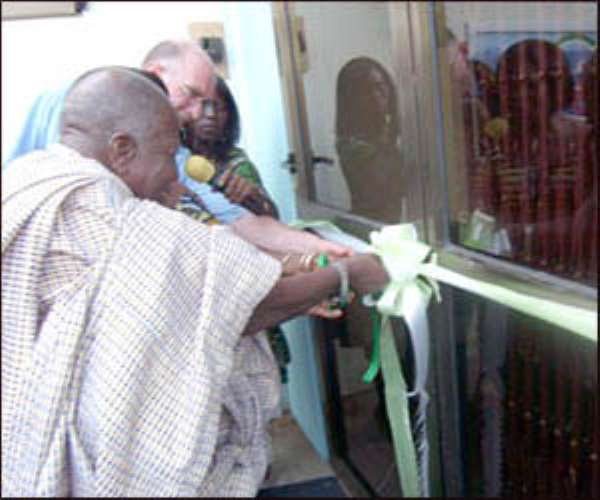 THE FIRST community television station in the country has been officially outdoored in Cape Coast to spearhead development in the region, which has been lagging behind.

At a ceremony to formally open the studios of the station on Thursday, the Central Regional Minister, Ama Benyiwa-Doe, said the opening of the station was timely as many opportunities abound in the year.

According to her, Coastal Television is one of the greatest blessings the Central Region has because it has been very important for the people of the region.

She said the opening of the studios will help the station improve its broadcast and journalistic style.

Mrs. Benyiwa-Doe advised the station to play a leading role in the region's development and use the opportunity they have to promote security in the region.

The Regional Minister also counseled the station to be responsible with their journalism, stay focused and partner the various agencies, departments and organizations in the region to bring about sustainable development.

She then urged the outfit to be fair-minded to ensure that they take democracy to a higher level in the region, as well as throw more light on tourism,sanitation and climate change to move the region forward.

She therefore congratulated the station for the role they are playing in the development of the region and called on all to support them make their dreams achievable.

On his part, the Executive Director of the station, Selete Nyomi, said the station, which has been operating for two years now, aims to become the leading community television station in the country.

He said the opening of the 64 square meter studio would not have been possible without the support of the German Development Service, which he said has also been providing them with equipment as well as training their staff.

He acknowledged the Regional Minister, MCE, Omanhen, Board of Directors of the station and the staff for helping to make the station what it has become.

The Country Director of DED, K. Andrascko, noted that his outfit's collaboration with the station is in line with the organization's objective of strengthening community structures as a way of developing the country.

The Metropolitan Chief Executive of Cape Coast, Anthony Egyir Aikins, commended the station for providing a platform for people in the area, advising them to televise development-oriented programmes and other shows that will unite the people for the needed improvement to be achieved.

The Omanhen of Oguaa Traditional Area, Osabarima Kwesi Atta, prayed that the station grows to become one of the giant media houses in the country, urging them to keep up the good work to lift the image of the region.