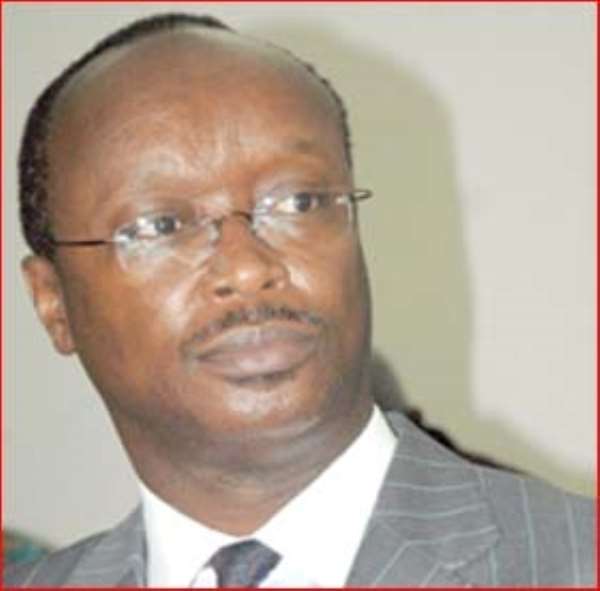 When the din and cacophony surrounding the prosecutorial inquisition of Dr. Kwame Bawuah-Edusei settles; when the strong emotions driving the modern day political lynching of a man who has served his country so well calm down, and if perchance, reason prevails over vindictiveness and petty jealousies, discerning Ghanaians will see who Dr. Kwame Bawuah-Edusei really is – the people's ambassador.

Prior to accepting an ambassadorial post, Dr. Bawuah-Edusei was a businessman, humanitarian and a medical practitioner in both Ghana and the United States of America.  He worked tirelessly in numerous medical clinics and centers in the Washington, D.C. area.

As one of the Ghanaian community leaders in North America, he lobbied the U.S. Congress, State Department and World Bank from 1996 to 2000 to ensure the sustainability of democracy in Ghana.

In addition, he traveled extensively in deprived areas of northern Ghana, offering free medical care at his own expense from 1996 to 2000. He also coordinated the Howard University Medical Team's visit to Ghana in 1994. He founded the EO Group with his partner in 2002 as a purely private citizen.

Dr. Bawuah-Edusei was first appointed as Ghana's Ambassador to Switzerland and Austria and permanent representative to the United Nations and other international organizations in Geneva and Vienna.

As an ambassador, he helped to secure Ghana as host of the largest conference ever in the country - UNCTAD XII in 2008. Under his watch, Ghana also joined the International Organization of Migration and became a board member of the U.N. Commission for Refugees in 2005.

He initiated a major business team to Ghana within seven months upon assumption of office. In fact, his down-to-earth interaction with the Ghanaian community prompted one community leader to characterize Dr. Bawuah-Edusei's tenure as “a breath of fresh air.”

During his tenure as Ghana's Ambassador to the USA, commencing September 2006, many Fortune 500 companies either went to Ghana for the first time or increased their investment there.

Ambassador Bawuah-Edusei initiated economic empowerment of Ghanaian Diasporans by forming chapters of Ghana Business Council in various metro areas in the US for the first time.

A pivotal achievement during his term as Ghana's Ambassador is the fact that the President of the United States at the time, President George W. Bush, paid a state visit to Ghana and stayed for three consecutive days.

This is the longest a US president has stayed in any African country. Building upon that, the US invited President Kufour to Washington for a reciprocal state visit in the same year 2008.

No wonder Ambassador O'Halle of Djibouti, head of the Diplomatic Corp in Washington DC, remarked during Dr. Bawuah-Edusei's farewell dinner that the Ghana Ambassador “was one of a kind; he did an outstanding job.”

Those who know Dr. Bawuah-Edusei can vouch for his dedication, integrity and his disciplined work ethics. He is known as the Ambassador who frequently skipped lunches while hosting meetings to serve mother Ghana.

It is on record that when he took over the Ghana Embassy in Washington, he transformed the consular division; he eradicated corruption and tripled revenue. He also instituted the famous graduation ceremony to honor Ghanaian children who have graduated from colleges across the United States.

Another innovation into the Mission's repertoire that the dynamic ambassador is credited for is the annual health fair for the Ghanaian community.

When Ghana celebrated her fifty years of independence, Ambassador Bawuah-Edusei traveled to every nook and cranny in the United States to celebrate and interact with his fellow Ghanaians and also promote business.

This is an unprecedented feat for a Ghanaian Ambassador that Ghanaians in United States can attest to. This long list of achievements, without a doubt, characterizes a government official who understands the virtues of service to the people.

Why is the NDC government embarking on this futile political lynching of this morally upright man?

The Akans have a saying, which translates as follows “you do not turn around and steal from your in-law, if you have nothing to offer him/her.”

If Ghanaians cannot appreciate and even honor such a hero for helping to discover a transformational asset as a private citizen in a completely legal manner, it is reprehensible to now assassinate his character, especially when he followed it up with an exemplary stint as a public servant.

Let's not forget that prior to his tenure as a diplomat; he was extensively screened by security agencies in Ghana, Switzerland, United States, and the United Nations.

In addition, he was routinely audited by the public service on four separate occasions and came out squeaky clean. Is this the same person that the government he dutifully served is now publicly lynching?

A child at six can see through this clear political witch-hunting.

All the vindictive sycophantic cohorts in the NDC government must be told in plain language that Dr. Kwame Bawuah Edusei was not appointed as an Ambassador because he is former president Kufuor's friend; he was appointed more for his competence and the fact that he represented a solid constituency in the Diaspora who were agitating for him due to his impeccable track record.

The ongoing witch hunting is not only poisoning the foreign investment climate for Ghana, it is killing the entrepreneurial initiative of Ghanaians in the Diaspora. An angry and frustrated Ghanaian remarked that if NDC were in power at the time Tetteh Quashie brought cocoa to Ghana, he would have been prosecuted and jailed for smuggling into the country the cocoa beans which has sustained our economy all this time.

Some of us Ghanaians in the Diaspora are sick and tired of the government-sponsored machination to impugn Dr. Bawuah Edusei's integrity, assassinate his character and discredit the exceedingly good job he has done to serve his country.

For more than twenty years in the United States, Dr. Bawuah-Edusei has been altruistic in his endeavors. As a private citizen, he helped to discover a transformational asset for our motherland in a legal manner.

His track record as a public servant thereafter was impeccable. After his tour of duty, he has returned to the same private residence of fifteen years and practicing medicine. How can any fair-minded person insinuate that this hero would do anything to harm the country he loves? This crazy, politically-motivated lynching must stop to allow Ghana move forward.