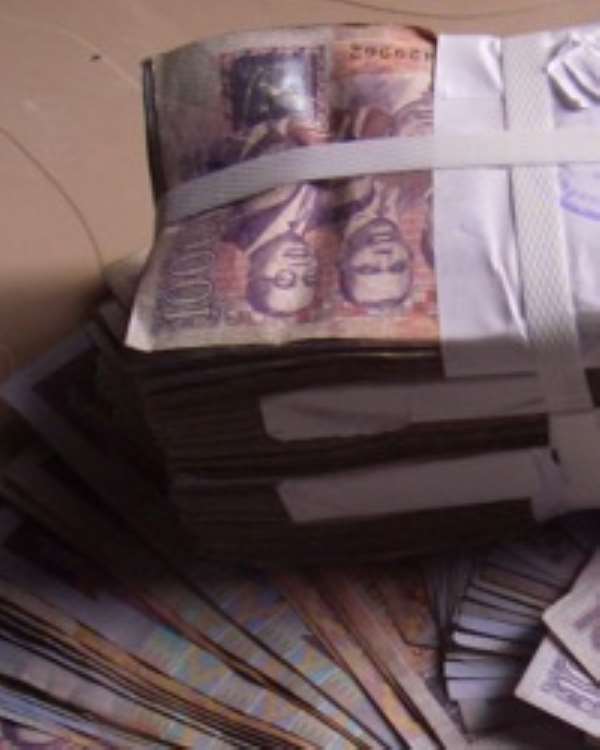 
The Ghana Cedi witnessed some degree of oscillation when it rose last Monday, stabilized on Tuesday, rose again on Wednesday, fell on Thursday and closed trading on Friday with yet another gain.

The above notwithstanding, the Gold Coast Securities Cedi (GCS) Index, an indicator used to measure the performance of the local currency against its four major trading partners (the dollar, the pound, the euro and the CFA) recorded an appreciation of 0.51 per cent in the week under review.

The GCS Currency Market Review for last week indicated that an appreciating dollar on the international market puts some amount of pressure on the local currency as the cedi lost 0.04 per cent of its strength to the greenback.

It said risk aversion continued to be the reason behind the recent rally of the U.S currency globally.

The Review said investors remain apprehensive about the future of the financial markets following the announcement by the world's largest governments; China and the U.S to limit risk taking activity by their nation's largest banks.

In effect, many have backed away from riskier investments, placing their funds in relatively secured investments such as the U.S dollar.

It said the Euro, however, did not enjoy such feat as lower credit ratings and Greece's poor financial health continue to trouble the region.

The Review, as a result, said the 16 nation currency (Euro), shed GH¢0.03p during last week's trading to close activities last Friday at a loss of 1.30 per cent to the Cedi. The Euro presently stands at a depreciation of 2.66 per cent.

It said much of the volatility in the Cedi that took place on the inter-bank market last week was due to the performance of the Pound.

The U.K currency dipped considerably last Monday, gathered momentum on Tuesday, again on Wednesday, bounced back on Thursday but relinquished the gains on Friday.

The Sterling is currently pegged at a year-to-date loss of 0.07 per cent against the Cedi.

At the close of trading last Friday, the CFA was the most depreciated currency to the cedi out of the four major partners. It stood at a loss of 2.73 per cent since year open.

The GSC Review said though the performance of the Cedi largely rests on activities abroad, one could not eliminate the fact that better economic conditions in Ghana in recent times was also a contributing factor.

It cited the reduction in inflationary pressures over the past five months, which it noted shows that the pace of erosion of the purchasing power of the Cedi had been minimized.

The Review explained that with interest rates on risk free instruments still relatively attractive, the country should continue to witness increase in the supply of foreign exchange as a result of foreign investments in the country.

Cocoa, one of the nation's major export commodities saw some slight upward adjustment in value from $ 3,413.90 per tonne to $ 3,461.94 per tonne in the month of January, providing more foreign currency to the economy.

Crude oil, the country's number one import commodity has also been favourable to the Cedi in recent times but the value of Gold, however, had began dipping, recording its second monthly decline last Friday.