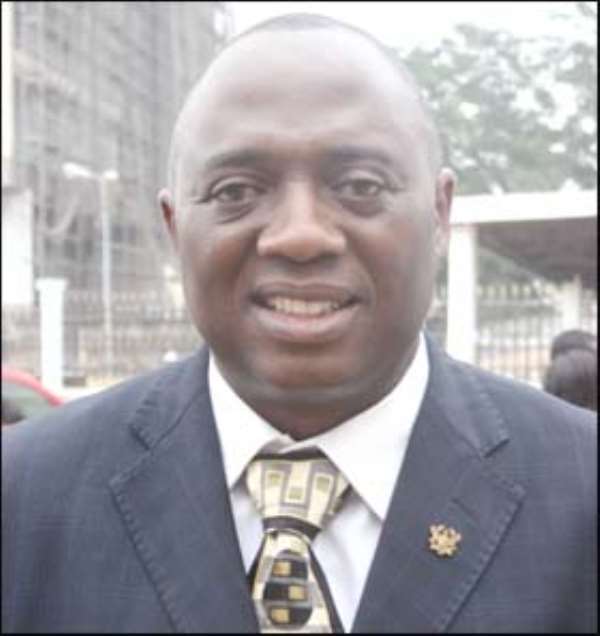 The investigator in the trial of the Member of Parliament for Bawku (MP) Central, Hon. Adamu Daramani Sakande, in connection with multiple nationalities, yesterday told an Accra Fast Track High Court that he did not interrogate the MP in the course of his investigations.

DSP Felix Mawusi told the court presided over by Justice Charles Quist that he did not go to Bawku to verify whether or not the MP was a native of Bawku before he was put in the dock for the alleged offences.

He made these admissions when he was under cross-examination by Egbert Faibille Jnr. who wanted to know how thorough the investigations were before the accused person was arraigned.

In addition, he said he could not obtain further information about the MP apart from the fact that his passport number was that of a British citizen, so he would not know whether or not he had denounced his citizenship.

When asked by counsel for the accused person why he would be in court testifying on something he had not seen, Mr. Mawusi said he was acting based on the information he received from the British High Commission that the holder of the passport number he sought information on was that of the accused person, saying, “I have the facts of the case here my Lord”.

Mr. Faibille asked him whether there was any information on the document from the British Commission which proved that Mr. Sakande was still a British national, to which the witness also said there was nothing on the document to reveal that he was not a British citizen, stating that as far as he was concerned, the passport was still in use.

He admitted that the security management specialist was not being investigated for fraud, contrary to what he had written to the British Counsel when he needed information on him.

Earlier in his examination in chief led by Rexford Wiredu, a chief state attorney, the witness told the court that he was assigned to cover a case involving the accused person last year in connection with a complaint that he was British national who stood for the 2008 general elections in the country.

He said in the course of his investigations, he contacted Mr. Bielbiel and the District Elections Officer in Bawku and later wrote to the British High Commission to find out the holder of passport number of the accused person.

According to him, the British High Commission replied and confirmed that the passport number was indeed that of a British citizen and tendered the document in as evidence.

He said he later served a criminal summons on the MP.  Mr. Faibille, after the hearing, prayed the court to return the passport of the MP to him to enable him travel, as it was deposited with the court registry as part of the requirements for bail.

He said the accused person was to travel at the invitation of the Conservative Party in Britain to give a talk on behalf of the New Patriotic Party with his some of colleagues and would spend a week, to which the judge said it would be decided on the next hearing date.

Mr. Bielbiel, the complainant, on the last hearing date said he had never seen any passport of the MP, rather he saw photocopies of passports in the newspapers, adding that he read the stories about his multiple nationalities from the media.

The principal witness in the case said these when he was under cross-examination by Mr. Faibille.

Speaking through an interpreter, Mr. Bielbiel, a cattle dealer, said he was not a lawyer to know that if a Ghanaian has the citizenship of another country, all he had to do was denounce his citizenship of that country to enable him contest for public office in Ghana.

When Mr. Faibille put it to him that he was aware that the MP hailed from Bawku and even knew his relatives, he said he did not know any relatives of the accused person but had heard the MP claim that he was a native of Bawku, but as to whether it was true or not, he would not know.

The case has been adjourned to February 10, 2010 for the MP to open his defence.