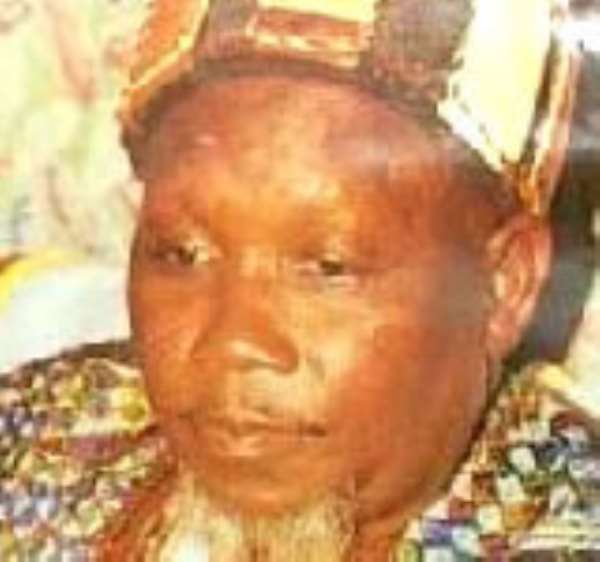 
The Abudu Royal family in Dagbon, has resolved to stay out of discussions on the Dagbon peace process until a 2007 peace agreement is implemented.

The family said their decision to withdraw from the peace talks is still in vogue and will be revoked only if they see a commitment on the part the imminent chiefs mediating the process to implement the 2007 accord.

The 2007 agreement permitted the Abudus to perform the final funeral rites of Mahmadu Abdulai in accordance with Dagbon tradition as a late former Ya Na in the Gbewaa Palace, but the Andanis have since resisted it.

Last month, the Abudus unanimously withdrew from the peace talks accusing the imminent chiefs, led by the Asantehene, Otumfuo Osei Tutu II, of lacking courage to enforce the agreement.

They issued a 14-page petition cataloguing a number of reasons backing their action at a time when the Chief mediator, Otumfuo Osei Tutu was not in the country.

The Secretary to the Abudu Royal Gate, Majeed Bawa told Joy News' Dzifa Bampoe, they were disappointed at the lack of commitment by the mediation team.

“It appears that committee is dancing to the tune of the Andanis and until we have a firm commitment from the committee and they are going to go with old, we will never participate in any negotiation process with the committee,” he warned.

Mr Majeed wants the issue to be sent to back to the Supreme Court for adjudication.