Come Back Home to die? 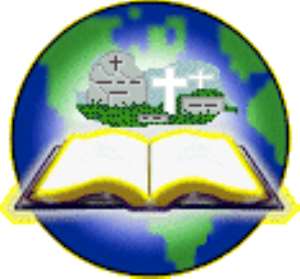 A tribute to Nana Amoo (Pozzo) He was in the prime of his life. The sad fact is that he had responded to a similar patriotic call “to come home and assist” being made by President Kufuor, only to meet his untimely death. Having toiled for over 10 years of his life, Nana Amoo was just beginning to realize the dream he had long prepared for. Unfortunately, that dream was halted when this young life was snuffed out prematurely. On Wednesday September 18, armed thugs (robbers) descended upon his residence in Accra wielding guns and demanding “dollars”. The resulting senseless brutality ended his life at the 37 Military Hospital. Nana Amoo (affectionately known as 'Pozzo') was one of seven children to Mr. A.K Okyere and Mrs. Augustina Okyere. A graduate of Opoku Ware Secondary School, Pozzo was a member of the school's Athletic Volleyball/High-Jump team, between 1974 and 1979. He subsequently became the Regional Champion in High-Jump. Nana moved to Atlanta in the mid-1980s but longed to resettle in Ghana. He made his final move to Ghana about eight months ago following successive trips to evaluate the business climate in the country in throes of democratic moves there. After each visit he became convinced that the prevailing business atmosphere, marked by the 'Golden Age of Business' vision by the government would set Ghana on a course for the needed economic take-off. How was one to participate in this economic time-boom? He would remark that what better way to “get in” that than at the infancy stage. On that note he made his final move. His last trip was in March 2002, and in June his family (wife and son) joined him.