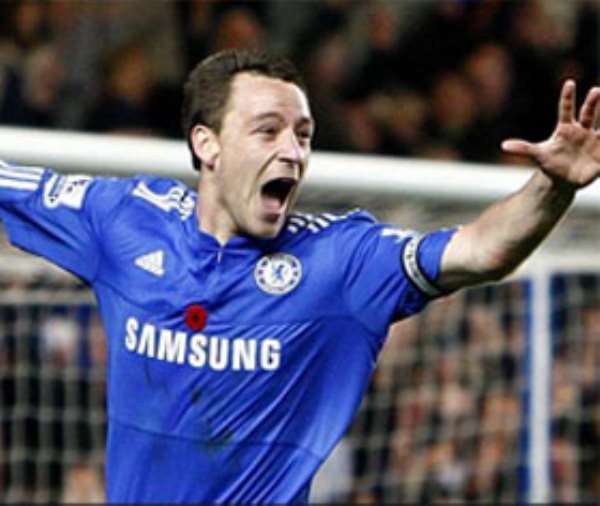 Terry has been named in the media as allegedly having an affair with the ex-girlfriend of his former Chelsea and England team-mate Wayne Bridge.

It has led to calls from former players for him to lose the England captaincy.

But he will remain as Chelsea skipper with Ancelotti saying: "There is no discussion about this."

Chelsea beat Burnley 2-1 on Saturday thanks to Terry's late goal as the Blues moved four points clear of champions Manchester United at the top of the Premier League.

And Ancelotti insists that despite the revelations, Terry has the full support of his club colleagues.

"I don't know why you ask me this. The players will never lose their trust in him," said Italian Ancelotti.

"I am a manager and only want to speak about his work. He is a fantastic professional.

"All the club, the players, management and staff are supporting him and his family at this time."

The Football Association has declined to comment on Terry's future as England captain but there is growing pressure on national manager Fabio Capello to strip the 29-year-old of the captain's armband, only four months before the World Cup.

Terry had won a gagging order last week preventing the public learning about an alleged affair, but the injunction was lifted by the High Court on Friday.

National newspapers named the father-of-two, who is married to Toni Poole, in their Saturday editions as having a relationship with model Vanessa Perroncel, 28.

And there were further revelations about the alleged affair in Sunday's national newspapers.

Terry is set go to South Africa as captain, while Bridge, who now plays for Manchester City, is also likely to be selected in Capello's squad as understudy to another former Chelsea team-mate, Ashley Cole.

Bridge, 29, has not played since early December when he was injured playing against Chelsea.