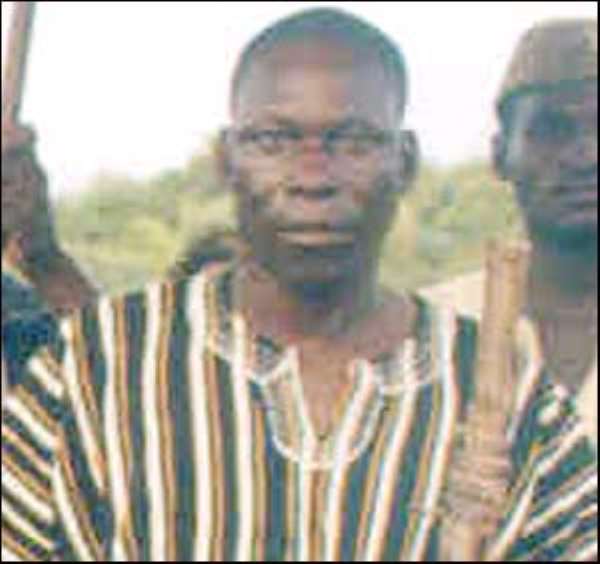 The Tema Regional Police Command has confirmed that the arrest and detention of Nene Agbasi Totimeh II, Chief of Totimekope in the Ada Traditional Area of the Greater Accra Region, was over possession of quantities of substances suspected to be cocaine and Indian hemp.

The suspected hard drugs, stashed under a bed in the chief's palace, were discovered when a team of officers from the region stormed the area upon a tip-off.

Nene Totimeh, who was picked alongside the exhibits on December 19, 2009, is currently on remand pending the outcome of laboratory tests being conducted by the Ghana Standards Board.

Confirming the story to DAILY GUIDE, the Tema Regional Police Commander, Assistant Commissioner of Police (ACP) Augustine Gyening, said on the said date, his outfit received information that the suspect, who happens to be the traditional leader of Totimekope, was not only a smoker of wee and user of cocaine, but also supplying the hard drugs to other middlemen and consumers in the area.

He said when his men picked the suspect, he led them to his palace, where the stuffs were retrieved from under his bed. He was subsequently taken to court, following which he was remanded, pending results from the Standards Board.

The chief was alleged to have stuffed the drugs in his 'jokoto', a locally sewn knee-length pair of shorts with deep pockets worn under traditional cloths.

When DAILY GUIDE visited the area, many residents of Totimekope expressed shock at the news, saying it had dented the image of chieftaincy in the area.

A colleague chief and member of the Ada Traditional Council, who would not be named, said the development was lamentable and called for the law to take its course.

“I doubt if this man will continue to call himself a chief when he is released. His conduct is a disgrace to his stool. I think the traditional council must do something about it,” he said.

In a related development, an Ada Magistrate Court, in February 2009, convicted Nene Agbasi Totimeh for failing to account for a number of stray sheep brought to his custody by residents of the area.

He told the court that the animals in his custody had died of hunger because there was no food for them at Totimekope, but he gave himself away when he said he had sent one of them to his brother in Gbantana (another town) for safe keeping.

But the jury found his explanation untenable on the grounds that there were many sheep owners in the town whose animals were not dying of starvation as he tried to portray.

Other issues relating to illegal sale of land by the chief, which were brought before the same court, ended in favour of the chief's contestants.

Meanwhile, information reaching DAILY GUIDE indicates that moves are far advanced to destool the chief, even before his release from police custody.

The Buffalo Unit of the Police Service, according to information, has been compelled to directly set its lenses on the rising incidence of drug-related crimes in the Ada area. By Bennett Akuaku