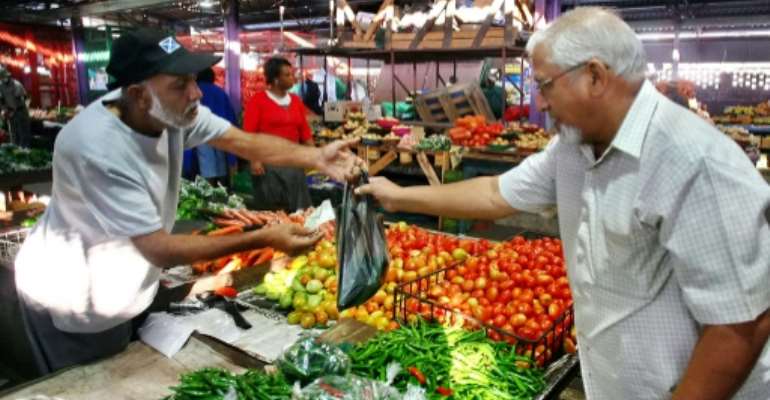 The rise in the consumer price index (CPI) was the largest since May 2009 when the rate was 8.0 percent, according to data from StatsSA. By Rajesh Jantilal (AFP/File)

The rise in the consumer price index (CPI) was the largest since May 2009 when the rate was 8.0 percent, according to data from StatsSA.

A sharp fall in the rand currency and the worst drought in a century pushed food prices higher, taking the consumer price index up from January's annual rate of 6.2 percent.

The rise in the inflation rate has forced the central bank to increase interest rates twice in a row this year.

Last week the central bank hiked its benchmark repurchase rate by 25 basis points to 7.0 percent after an aggressive 50 basis points in January.

Nedbank, one of the country's leading lenders, stated that the central bank "will have an increasingly difficult task of balancing rising inflation and weak growth."

"We anticipate that the monetary policy committee will remain focused on the upside risks to inflation, and continue raising the repo rate," Nedbank said a statement.

Inflation is increasing at the same time that growth is slowing, with the World Bank and the IMF predicting economic growth will drop to less than one percent this year.

Africa's most advanced economy is battling to avoid a credit downgrade in the face of slow growth and a weak currency.