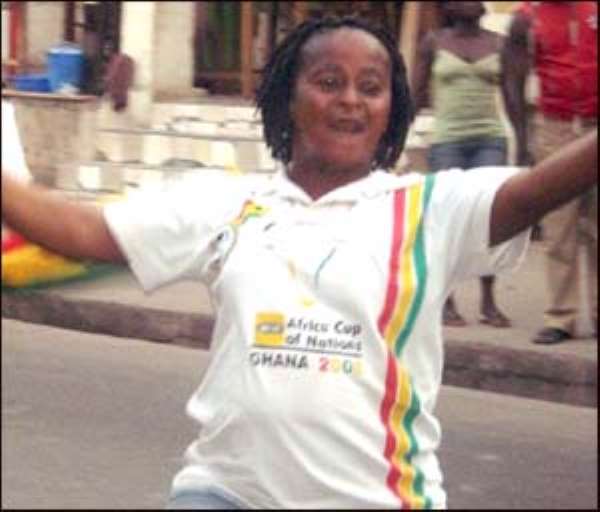 The Black Stars' qualification to the grand finale of the 2010 Angola Africa Nations Cup was greeted with gigantic celebrations by elated soccer fans in Kumasi on Thursday evening.

Immediately the game came to an end around 6:00pm, with Ghana piping rivals Nigeria 1-0, soccer fans in the Garden City poured onto the streets amid chants of 'Ghana all the way.'

The streets, especially those in Adum were crowded with a sea of people, mostly women who were jumping and singing on top of their voices in display of ecstasy.

The taxi drivers in the city suddenly joined the euphoria as they drove at top speed amid tooting of their horns to the admiration of onlookers who waved their hands to also show their joy.

Soccer fans that spoke to DAILY GUIDE SPORTS stated that they would booze throughout the night to celebrate Ghana's final berth in 18 years.

Ghana have conquered Africa four times but failed to win the tournament since they last won it in Libya in 1982.

The Black Stars will play in the Sunday's final with winner of the second semi finals between Egypt and Algeria.