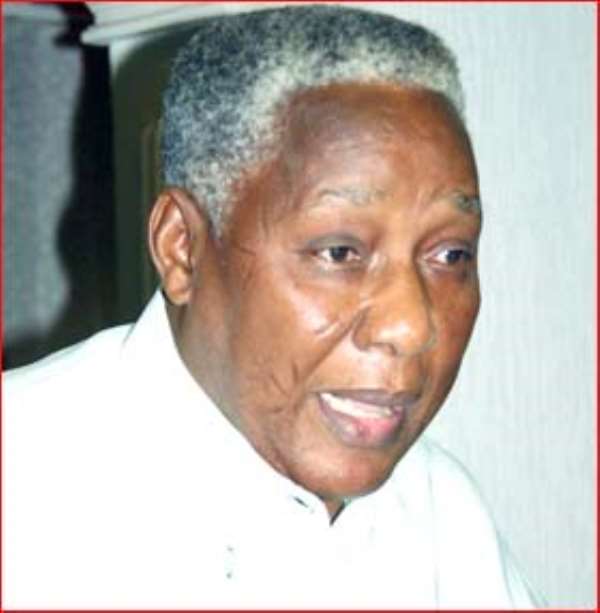 THE MEMBER of Parliament (MP) for Ningo Prampram, and Minister Designate for Employment and Social Welfare, E.T. Mensah, was yesterday given a devastating blow as an Accra Fast-Track High Court dismissed a suit he filed against DAILY GUIDE's popular cartoonist, Akosua.

The court, presided over by Justice Ofori Atta, said the cartoon was meant for humour but not to ridicule him.

Justice Ofori Atta also stated that enough foundation had not been laid by the minister-designate in the case for him to conclude that the cartoon published in the August 30, 2006 edition of DAILY GUIDE showing a sheep with tribal marks, following a man, said to be former President John Agyekum Kufuor, had done any damage to his reputation.

In a judgment read in  a case that had run for four years, the judge noted that to make someone liable for an action, some foundation must be laid to  prove that something defamatory had been said, adding “there must be proof of special facts to infer special meanings in such cases”.

According to him, apart from the facts and innuendos in the pleadings, there should be special facts linking him to the said publication to enable any reasonable person to make an inference that indeed, it was meant to damage his reputation since it was an image of a sheep and did not refer to him by name.

The Judge said, “I have carefully read the pleadings and there were no special facts in it.” Justice Ofori Atta observed that it was during the cause of E.T. Mensah's examination-in-chief and the evidence of his witnesses when he attempted to introduce a speech made by former President Kufuor in another publication.

He noted that Godred Yeboah Dame, counsel for Western Publications, publishers of DAILY GUIDE, objected on grounds that it was part of their pleading and the court upheld it.

In addition, the judge said “I hold that the evidence was devoid of facts for one to infer meaning into the cartoon” and quoted authorities to show that the lives of persons who offer themselves for public office are open to public scrutiny but was quick to say that it did not mean people could defame public office holders with impunity.

On the evidence of both parties, he said while the plaintiff was of the opinion that the cartoon had caused damage to his reputation as a sheep represents sycophancy and a person who cannot think on his own, the Managing Director of DAILY GUIDE, Gina Ama Blay, in her evidence-in-chief said the cartoon did not refer to any person in particular, but was just to create humour.

He said after taking a critical look at the face of E.T. Mensah and comparing it to the said sheep with the marks on its face, and standing on the Ningo Prampram Bridge where he is an MP, he could infer that it was the face of the plaintiff.

However, he noted that the image of the sheep in the cartoon was ambiguous and while the plaintiff wants the court to believe it was meant to portray him as stupid, the defendants said the sheep was an image of humility and sacrifice.

Justice Ofori Atta stated that in cases which are ambiguous, he would choose to believe that the cartoon was meant to create humour and went ahead to dismiss the application but awarded no costs against the plaintiff.

CROSS-EXAMINATION
E. T. Mensah, in his cross examination admitted that the publication of a cartoon showing the image of a sheep crossing a bridge was not a photograph of him.

The MP, who was under cross-examination by Godfred Yeboah Dame, counsel for Western Publications, however stated that even though the cartoon was not a picture of him, it depended on the purpose of the cartoonist as every cartoonist had a reason for drawing.

The plaintiff, Mr. Mensah, agreed to a suggestion by Yeboah Dame that there was no human tribe in Ghana which could boast of whiskers on their faces as part of their peculiar characteristics.

When counsel for DAILY GUIDE suggested that the cartoon could never be the true image of him, since it was not his photograph and did not have a human face, the plaintiff made a u-turn, saying the cartoon had the tribal marks instead of whiskers, after initially agreeing with Mr. Dame that the cartoon had whiskers on its face.

Defence counsel said the cartoon was for humour and not intended to refer to him, advising him to learn to appreciate jokes, but he disagreed, saying he considered the cartoon's joke an expensive one meant to taint his reputation.

However, he disagreed with Mr. Dame that the publication had not done any damage to his reputation after initially admitting he was still popular in his constituency and had hopes of standing for another term.