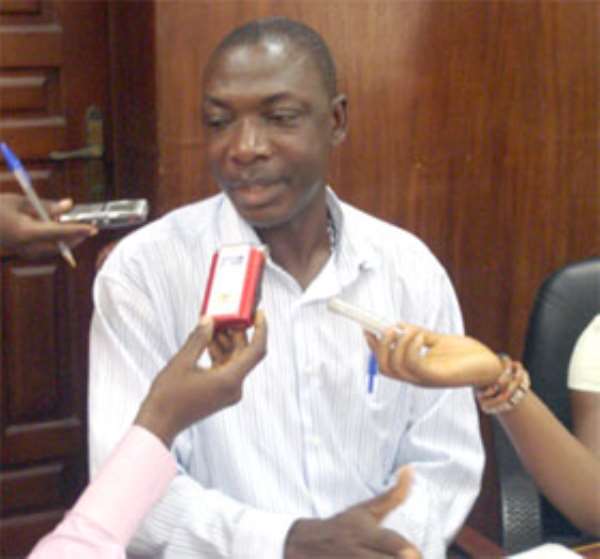 Higher gold prices on the world market kept the Producer Price Inflation (PPI) high as it recorded 27.69 percent in December 2009, a 7.33 percent increase over the November 2009 figure.

The continuous rise of the price of the metal would earn more revenue for the country.

According to figures released by the Ghana Statistical Service (GSS) yesterday, the mining and quarrying sub-sector with 13.97 percent share of all industry, exhibited the highest inflation rates in 2009 while the utilities sub-sector recorded the lowest inflation rates.

Magnus Ebo Duncan, Head of Economics and Statistics at the GSS, revealed that in spite of the higher annual change rates in the last quarter of 2009, the average inflation rate for the year (15.44 percent) was about half the figure in 2008 (32.36  percent).

He told CITY & BUSINESS GUIDE that the boost in gold prices would not have any significant effect on the country's growth rate since “Gross Domestic Product (GDP) measures output.”

Importantly, the percentage change in the PPI between November 2009 and December 2009 was 0.62 percent, representing a 1.80 percent decrease.

Manufacturing, which is the most important industrial sub sector with 69.75 percent share of all industry, recorded an inflation rate of 27.44 percent.

The monthly change was 0.44 percent.  There was an appreciable inflation rate in publishing, printing and reproduction of recorded media group, with the manufacture of wood, cork and basic metals recording a negative inflation rate.

With regard to petroleum price, the change rates had a major influence on the manufacturing sector, which  recorded a steady PPI growth between January 2009 and May 2009, but jumped in June 2009.

It however remained the same in June, but the index level in the sector inched up in November 2009.

With regard to the yearly trend, the all industry year-on-year inflation was relatively stable for the first five months of 2009, averaging 11.87 percent.

There was however an upsurge in the rate in June 2009 but it declined in August 2009.

Inflation rate recorded an end-year figure of 27.69 percent, the highest in 2009.