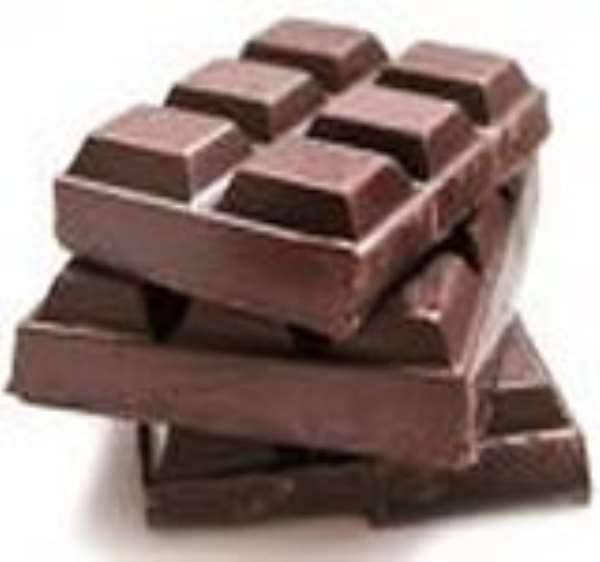 
The country's quest to promote the consumption of made in Ghana chocolate is not receiving the needed support from stakeholders in the industry, Ben Ayeh, Public Relations Officer, Ghana Tourist Board has said.

Mr. Ayeh who expressed concern about the unfortunate situation in an interview with the Ghanaian Times said the euphoria which greeted the laudable national campaign and the institution of Chocolate Day had taken a nose dive due to lack of support.

The 14th of February every year is celebrated world-wide as Valentine's Day, a day in commemoration of a Catholic priest who went by that name and who, we are told, symbolised love.

Ghana has also decided to use the day to promote its local chocolate by declaring the day Chocolate day.

"The support that is expected from stakeholders to make the project stand on its feet is not forthcoming. Companies such as the Cocoa Processing Company, Barry Callebaut, Cadbury and others who stand to benefit economically from this noble campaign are seriously sitting on the fence," he said.

He said whilst the tourism sector was doing everything possible to sensitise Ghanaians to develop the habit of consuming chocolate, the corresponding support from the chocolate manufacturers was just not forthcoming.

"It is a very unfortunate situation indeed. If the various parties to this national crusade do not work in tandem for the overall success of Ghana's economy, outsiders will capitalize on it and foreign chocolate products will flood our market as we are experiencing now," he said.

Mr. Ayeh said apart from promoting love, the local consumption of chocolate or cocoa came with a variety of benefits.

"Research by two nutritionists at the University of Arizona at Tucson concluded that emotions, social values, sensory quality, chemicals and the hormonal cycles of women all contribute to our cravings for chocolate," he said.

Throwing more light on the health benefits of cocoa, he said, a study in Spain, reported that cocoa contained more than 600 chemicals that help in fighting cancer and heart diseases and could also help strengthen the immune system, fight rheumatism and alleviate stress.

"It is also revealed that flavanoids in chocolate help reduce the incidence of blood clotting, the leading cause of heart attacks and strokes," he said.

He said dark chocolate has a high content of cocoa solids, about 70 per cent of cocoa and no or very little milk.

It contains up to 12 per cent milk solids. Dark chocolate can either be sweet, semi-sweet or unsweetened. It is the most recommended of all chocolate products, experts say.