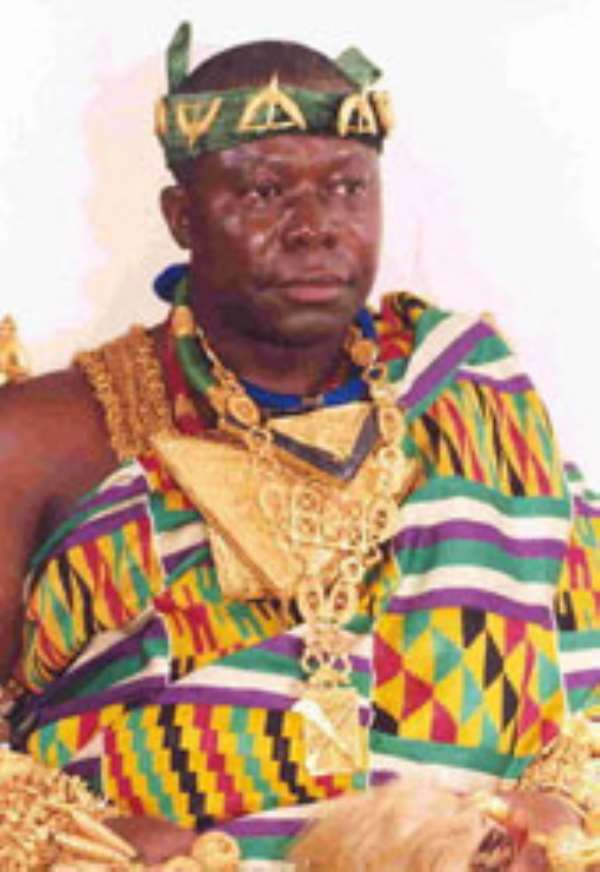 THE OCCUPANT of the Golden Stool, Otumfuo Osei Tutu II, and the Kumasi Traditional Council, will celebrate the 75th Anniversary of the Asante Confederacy, on January 31, this year.

Nana Wiafe Akenteng, Omanhene of the Offinso Traditional Council, stated that the celebration of the diamond jubilee of the Asante confederacy was to remember the good works of past kings of the Ashanti Kingdom, to unify the Asante Kingdom

The celebration would also commemorate the re-union of the Ashanti Kingdom after the period of disarray when Nana Agyemang Prempeh I was taken to the Seychelles Island by the British. Briefing the press in Kumasi last Friday, Barimah Abeyie Ntori Nimpa, Omanhene of the Kwamang Traditional Council, stated that before the Yaa Asantewaa-led war, Nana Agyemang Prempeh was taken to Seychelles by the British.

According to him, since Nana Prempeh I was then the King of the Ashanti Kingdom, his capture divided the kingdom, and not even his return in 1924, could unite the kingdom.

He said he (Prempeh I) was then installed as the Chief of Kumasi in 1926.

He mentioned that on his death in 1931, his nephew, Prempeh II, was installed Kumasihene, and four years later, became the Asantehene, when the Golden Stool, symbolic of Asante power, was returned by the British, hence the restoration of the traditional Asante Confederacy.