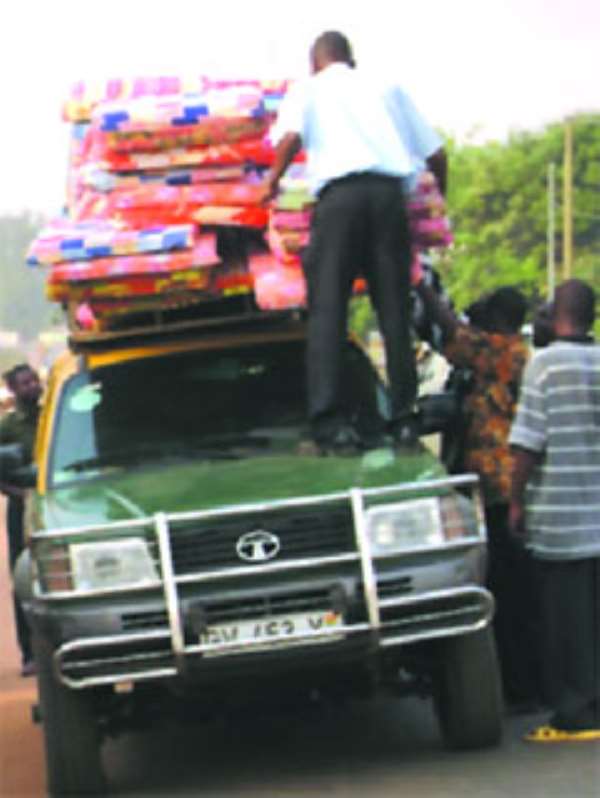 Though the recent National Delegates Congress held at Tamale, capital of the Northern Region, by the National Democratic Congress (NDC), was free from violence, the alleged stealing of mattresses by some of the delegates, has marred that perfect record.

According to The Chronicle sources, some of the delegates were peeved with the money given to them to cater for their transport and feeding expenses for the congress.

As a means of protest against this unfair treatment, some of the delegates decided to take along mattresses hired for the congress, to their various constituencies, to sell to cater for their losses.

Unfortunately, the police at Kintampo got hint of the theft, and mounted surveillance, leading to the arrest and retrieval of 150 pieces of students' mattresses from the delegates.

When contacted at his office, the Kintampo Municipal Police Commander, DSP Owusu Boampong, explained that he received an order from the Brong-Ahafo Regional Police Commander, DCOP Seth Charles Oteng, that some passengers in buses from Tamale were having some mattresses which should be retrieved for safe-keeping.

According to the Kintampo Municipal Police Commander, a search was carried in all the buses, and a total of 150 students mattresses were retrieved, and were being kept at the female cells of the Kintampo Police Station.

He could not tell whether the mattresses were stolen or not, because the order was from his Regional Commander, and he had no ethical right to question his orders.

DSP Boampong maintained that the Regional Police Commander was the best person to give details on the issue, because he gave the order for the retrieval of the mattresses.

The Regional Police Commander confirmed that the order was from him to both the Kintampo and Techiman Police to mount a search on all buses with delegates from Tamale, after the Brong-Ahafo Regional NADMO Coordinator contacted him that some of the delegates were carrying along with them some of the mattresses hired for the congress in Tamale, so the police should assist in its retrieval.