Nigerian Vice-President orders military to Take over Security in Jos 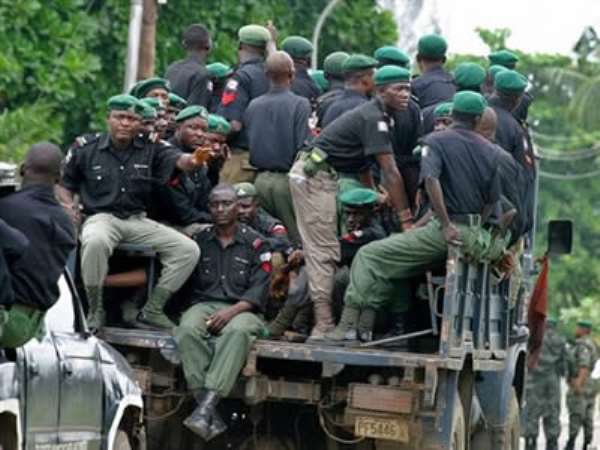 
Following the escalation of sectarian crisis, which started in Jos, Plateau State, last Sunday, Vice-President Goodluck Jonathan has warned that the Federal Government will no longer fold its arms and watch the killing of innocent citizens.

As a demonstration of government's commitment to the warning, Jonathan has ordered the army to lead the forces to take over the entire security of the affected areas, including those that are considered prone to risk.
He directed security forces to return the situation to normalcy immediately.

In a nationwide broadcast, last night, the Vice-President also warned all ethnic, political and religious leaders in the state and nationwide to desist forthwith from further inflaming the situation.

The full text of the Vice- President's broadcast read: “My dear countrymen and women, it is with a heavy heart that I speak to you today. We have all been witnesses to the resurgence of the crisis in Jos, the Plateau State capital. My heart goes out to all those who have lost loved ones as well as their property in this unwarranted carnage.

“From the time the crisis began on Sunday, I gave directives to all the relevant security agencies to do every thing within the limits of the law to bring the situation under control.

“What is happening in Jos has taken on the colouration of sheer wickedness and man's inhumanity to man, and there is absolutely no justification for this. The Federal Government will not fold its hands while fellow citizens are brutalised and murdered at will.

“Such acts in a plural society such as ours, are sinful, both in the eyes of God and man. We shall not condone them. The Federal Government will confront these ugly developments with all the might and resources at its disposal. Of this, there must be no doubt.

“Therefore, I have today ordered the army to lead the security forces to take over the entire security of the affected areas, including those areas that are considered prone to risk. The security forces have the overwhelming mandate of the Federal Government to arrest the situation urgently.

“I use this occasion to warn all ethnic, political, and religious and opinion leaders in Plateau state and nationwide to desist forthwith from further inflaming the situation.. The security agencies have been directed to place any such persons under close watch. Those found to have engineered, encouraged or fanned the embers of this crisis, through their actions or pronouncements, will be arrested and speedily brought to justice.

“We will not allow any one hide under the canopy of group action to evade justice. Crime, in all its gravity, is an individual responsibility, not a communal affair. The Federal Government is determined to secure convictions of the perpetrators of this crime, no matter how highly placed.

“I want to assure all Nigerians, that the Federal Government has the capacity to protect, defend and preserve the lives and property of all citizens, irrespective of ethnic affiliation or creed. Let me also seize this opportunity to assure foreign nationals of their safety.

“I have held daily meetings with the leadership of our security services, and have received daily updates on the situation in Jos and environs. Let me assure all that the Federal Government is on top of the situation, and that the crisis is being brought under control.

“The fundamental principle of the Constitution which we are sworn to uphold, is to ensure the safety and well being of all Nigerians wherever they find themselves in the country. In this regard, I want to assure all citizens and foreigners alike that the Federal Government will continue to guarantee the fundamental freedoms enshrined in the Constitution of our country.
“God Bless you all, and may God bless the Federal Republic of Nigeria.”