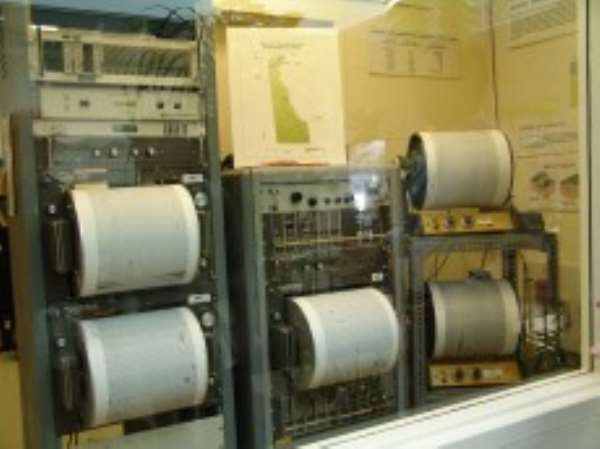 The government has approved the released of $3 million for the purchase of a seismograph, the device used to measure and record earth tremors, Alhaji Collins Dauda, the Minister of Lands and Natural Resources, has disclosed.

He told the Daily graphic on Monday that the necessary documentation for the release of the amount was at the Ministry of Finance and economic Planning awaiting the release of the money. The only seismograph of the Geological Survey Department broke down two years ago.

Alhaji Dauda said he anticipated that the money would be released by the close of this week to enable the ministry to procure the equipment from Canada.

He, however, said he could not tell how soon the equipment would be brought down but indicated that because of the urgency involved, the ministry would ensure its early delivery as soon as payment was effected.

He explained that when his attention was drawn to the breakdown of the equipment, the ministry wrote to the National Procurement Board seeking approval for sole sourcing from the manufacturers, Nanometrics of Canada due to the urgency involved, but the board declined the request for sole sourcing.

He said the board insisted that the ministry conduct an open tender but after he personally intervened and explained that the situation in which the country found itself did not allow for open tender, the board finally gave in.

Alhaji Dauda said the ministry, therefore, wrote to the Finance Ministry on December 29, 2009 for the release of the amount.

“As I speak with you now, officials from my ministry are following up at the Ministry of Finance and Economic Planning for the release of the funds,” he added.

He described the earthquake hoax as a blessing in disguise because it woke everybody up to his or her responsibilities.