Assembly Polls to Be Partisan 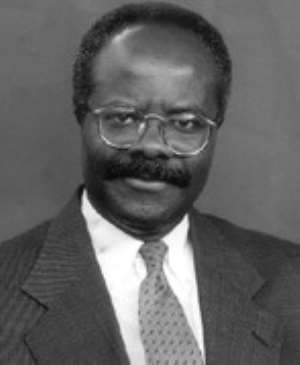 Dr. Kwesi Nduom, Minister for Economic Development and Regional Co-operation, has disclosed that plans are far advanced to reform the local government system.

"Soon the government will put forward its proposals for the amendment of the Local Government Act for the public to debate on it," he said.

Among some of the amendments the government is likely to table are the introduction of partisan politics into the local assembly elections. This means that apart from assembly members the District Chief Executives (DCEs) will also be contesting on party tickets.

Dr. Nduom said this in an address he delivered on behalf of President Kufuor at the inauguration of the third assembly of the Atebubu District Assembly (ADA) of Brong Ahafo held at Atebubu, the district capital.

It will be recalled that the district assembly elections have been contested on a non-partisan basis since 1988, and this has aroused considerable controversy.

Many political observers have questioned the rationale behind this policy, arguing that it is unjustifiable for parliamentary and presidential elections in Ghana to be held on party lines while local government elections are non-partisan.

They also argue that the local government system offers a training ground for budding politicians.

Besides, most people in Ghana are aware of the disguised support given by political parties to candidates of their choice in the district assembly elections.

It is the popular view that the government should stop deceiving itself and call a spade a spade.

Paa Nduom told the 66 assembly members of the ADA that the government is also introducing some form of competition among the districts as an incentive in the revenue collection drive.

He urged the people of the area to pay their taxes promptly in order to get money for their projects.

He assured the ADA that next year, the district would be included in the disbursement of the Social Investment Fund (SIF).

He said this year, four districts in Brong Ahafo had benefited in the programme.

Welcoming the new members, the DCE, Cassius Osei Poku, highlighted some government intervention projects, donor agencies and those initiated by the assembly, since the inception of the NPP government.

Among some of the projects highlighted were the ¢10 billion small town water system, which was started in March this year and is almost completed, construction of a two-storey dormitory block for Atebubu Secondary School at the cost of ¢1.2 billion, construction of seven units of septic toilets each with 20 holes at Konkomba line and Akomade, oil mills for Prang West and East, Jindibisa and Kwayasi, and Yeji at a total cost of ¢602,245 million. Improvement of feeder roads is currently going on.

An amount of ¢12,295 billion has been earmarked for the projects.

On the HIPC initiative fund, Mr. Opoku disclosed that ADA is benefiting from ¢1 billion to improve on education, health, water and sanitation development.

From Nkoranza, Salomey Akua Yeboah reports that the Minister for Roads and Highways, Dr. Richard Anane, has assured the assembly that the two major roads had been awarded on contract.

These roads include Ejura-Nkoranza roads. Earlier, the DCE, Mr. Oppong Twumasi, appealed to the government to rehabilitate roads in the district. Work on these roads will commence in October this year.