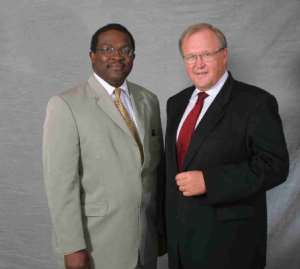 Ghanaian born Swedish resident Joe Frans has won a seat to the Swedish parliament today. Kojo Joe Frans, 39yrs. For the first time in the history of Sweden, an african has been elected to the Swedish parliament. He is communications director for the Vice Mayor of the City of Stockholm. As such, he has been instrumental in laying out the strategy the vice mayors campaign. Joe Frans won a grand slam. His Social Democratic Party won back the majority of the city of Stockholm and he himself won a seat in parliament. In a statement released earlier today, he said, - This is a collective victory for all of us. I am deeply humbled by the enormous show of support. I will do my best to meet the expectations of the thousands and thousands of people who have voted for me. I will bring to parliament the case of the marginalised, the poor and the need for our societies to invest in our kids. My first motion in parliament will be on education. I will promote international cooperation and make sure the fight against malaria, tuberculosis and HIV/AIDS stays on the agenda. Roll call will be on 30 september and the new parliament will be opened by the Swedish King Gustav V on 1 october. In an article presented in Swedens largest evening paper today, Expressen, it is speculated that Joe Frans has been shortlisted for even bigger duties within the party, something he refuses to comment on. Joe Frans, was born in Takoradi. He was raised in Cape Coaste and Kumasi and attended Adisadel Collage before he travelled to Sweden to study communication and sociology. Dear Friends, I am writing to thank you all for your prayers and support. I am deeply humbled by the results of the elections and i will do my best to meet your expectations. As i enter parliament, i wish to thank you. This is a collective victory for all of us. Thanks and God Bless. Joe Frans. Jag vill med detta tacka för all hjälp och stöd inför valet. Detta har varit en gemensam seger. Min hemsida kommer att finnas kvar. Ta en titt då och då. Tack än en gång. Joe
PIC: Joe FRAN & SWEDISH pRIME MINISTER