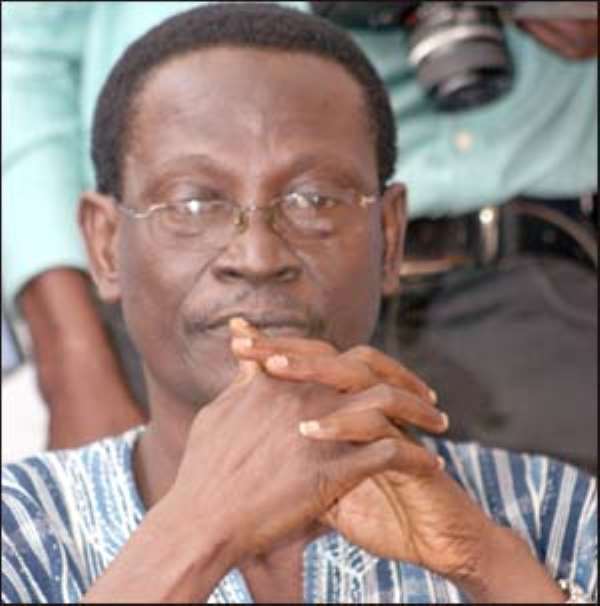 THERE IS a sudden hike in the prices of food and other commodities following the invasion of a high number of delegates of the ruling National Democratic Congress (NDC) and party supporters to Tamale for the party's national congress  this weekend.

The situation has resulted in a high cost of living in the already economically-ailing regional capital which is one of the poorest regions in the country.

A slice of fried yam which used to be sold at 20Gp has been increased to 50Gp, about 150% increase of its original price while a sizeable  plate of plain rice now sells at GH¢5 instead of GH¢3.5.

Shop owners, this paper gathered, increased their prices based on the number of customers who visited their shops to buy various items, coupled with the proximity of such places to where delegates are accommodated.

DAILY GUIDE' s investigations revealed that alcoholic beverages and sachet water is on high demand, with a number of notable drinking spots flooded by delegates of the party who are sometimes clad in party paraphernalia.

Although traders have taken the opportunity to boost their daily sales and are currently rejoicing over the economic boom,   the situation, DAILY GUIDE gathered, is bringing untold hardship to residents who constitute the majority within the metropolis.

Managers of the various hotels and guest houses, it was revealed, adjusted their price list, with some doubling their rates to unimaginable levels in the face of rush for accommodation.

But even with the increase in rates, sections of NDC faithful are unable to secure rooms in some of these places with some of the hotels giving excuses that rooms have all been fully booked for the whole weekend.

Stranded party loyalists have resorted to lodging with friends or relations and others making do with any available space, irrespective of its state.

The general political mood within the ancient town of Tamale has been ignited due to the influx of party bigwigs, aspirants and supporters of the governing NDC.

Vantage points within the fastest growing city have all been littered with posters of aspirants in their bid to get the mandate of the delegates to lead the party for the next four years.

The party's headquarters has since been moved to Tamale to facilitate the smooth operation of the congress which is scheduled to take place at the West African Examination Council (WAEC) Hall.

As at press time, aspirants were devising last minute campaign tactics to woo delegates to their sides, ahead of today's conference which is expected to attract about 3,000 delegates and 25,000 party supporters.

In all, about 23 positions are up for grabs by 65 contestants including former 1st Lady Nana Konadu Agyemang Rawlings, Dr. Ekwo Spio-Garbrah, Asiedu-Nketia, the incumbent General Secretary and Dr. Kwabena Adjei, the incumbent National Chairman.

Indications are that the aspirants are made up of two factions, the Rawlings and the Atta Mills.

Though the party's hierarchy allayed fears of a possible violence, some observers argue that a beefed-up security presence is the only tool to forestall any violence during the congress.

At the time of going to the press, the Northern Regional Police Commander, ACP Awuni Angwubutoge, was yet to brief the press on security arrangements for the  congress, the first ever in the region.

DAILY GUIDE however gathered that the police boss was leaving no stone unturned to ensure that the event was incident- free, in accordance with his duty.