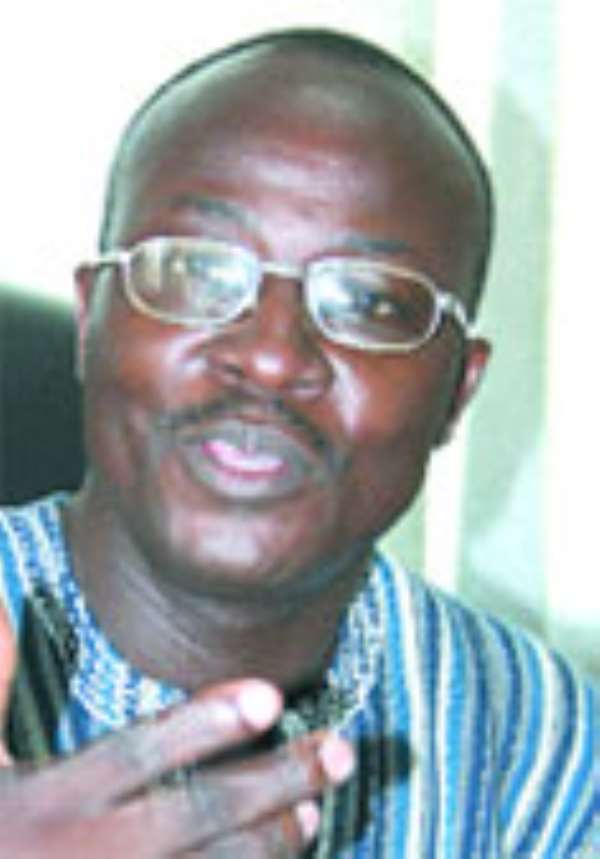 AS the date for the national delegates' congress of the opposition New Patriotic Party (NPP) approaches, delegates of the party in the Western Region have started assessing the chances of the four lawyers gunning for the position of General Secretary.

The five have been criss-crossing the country to canvass for votes from potential delegates who would be casting their votes at the national delegates' conference. As the five contenders continue to adopt various strategies to reach out to the delegates of the party who are of different backgrounds and from all corners of the country, the foot soldiers who are holding firmly onto the machinery of the party at the grass root level have found an opportune time to demand accountability .

For many of the foot soldiers, Nana Ohene Ntow, the non-lawyer among the contenders could have easily maintained his position as the General Secretary, had he not been part of the Mac Manu led administration that dissipated the chances of the party in the last general elections.

They commended his style of communication and his posture in the political landscape as an uncompromising figure, and his character as a politician which is flawless among others. They see him as a front runner for the position.

Mr. Efah Dartey, former Deputy Interior Minister in the Kufuor administration, who was disqualified from contesting the presidential primary in 2007 on the grounds of an alleged attempted coup, they argued, must not be taken serious. They believe that his decision to go into the race was ill informed and undesirable. According to them Effah Dartey's popularity dwindled in his own constituency which made him to lose the parliamentary slot in the last parliamentary race.

Mr. Obeng Busia, whose candidature and official declaration that he was ready for the General Secretary position attracted endorsements from big party stalwarts, including the incumbent Second Deputy Speaker of Parliament, Professor Mike Oquaye, has justified his popularity but he cannot win.

He is not in touch with the foot soldiers of the party and can not use the limited campaign period to win the hearts and minds of the potential delegates who would be making the final decision. They also wondered whether he can match someone like Asiedu Nketsia, the General Secretary of the ruling National Democratic Congress (NDC) who is noted for his sharp-tongued political comments.

Mr. Kwadwo Owusu Afriyie, aka Sir John, has been described by the party as a good material whose track record is known, but his quick temper may be the stumbling block to his becoming the next General Secretary. In the communication of ideas and thoughts, they believe he has proved his mettle, but still lacks that political maturity to manage internal tirade.

The contribution of Mr. Yaw Boabeng Asamoah to the development of the party is what would be considered by the delegates of the party. As a castle boy with the former vice President, whether he used the office to help the party or not is what will count when the decision time comes at the national delegates' conference.