Renukanth Subramaniam, 33, is accused of being a key figure in running DarkMarket, a website where criminals exchanged information on stolen credit cards and other data. 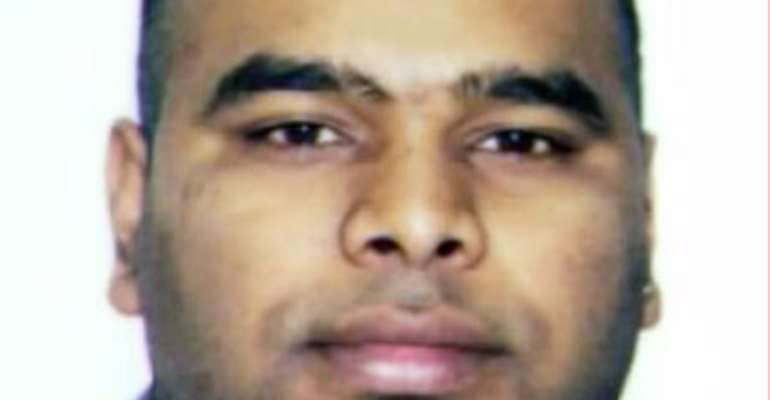 Renukanth Subramaniam, 33, is accused of being a key figure in running DarkMarket, a website where criminals exchanged information on stolen credit cards and other data.

To the casual observer, there was little to distinguish the Java Bean internet cafe in Wembley from the hundreds of others dotted around the capital. But to surveillance officers staking it out month after month, this unremarkable venue was the key to busting a remarkable and sophisticated network of cyber criminals.

From the bank of computers inside, a former pizza bar worker ran an international cyber "supermarket" selling stolen credit card and account details costing the banking industry tens of millions.

Renukanth Subramaniam, 33, was revealed today as the founder and a major "orchestrator" of the secret ­DarkMarket website, where elite fraudsters bought and sold personal data, after it was infiltrated by the FBI and the US Secret Service.

Membership was strictly by invitation. But once vetted, its 2,000 vendors and buyers traded everything from card details, obtained through hacking, phishing and ATM skimming devices, to viruses with which buyers could extort money by threatening company websites.

The top English language cybercrime site in the world, it offered online tutorials in account takeovers, credit card deception and money laundering. Equipment – including false ATM and pin machines and everything needed to set up a credit card factory – was available.

It even featured breaking-news-style updates on the latest compromised material available, while criminals could buy banner adverts to promote their wares.

So vast was its reach, with members in the UK, Canada, US, Russia, Turkey, Germany and France, the UK's Serious Organised Crime Agency (Soca), which helped bust it, said it was "impossible" to put a figure on how much it cost banks worldwide.

Subramaniam, who used the online soubriquet JiLsi, was remanded in custody at his own request at Blackfriars crown court today after pleading guilty to conspiracy to defraud and five counts of furnishing false information. Judge John Hillen warned it was "inevitable" he faced a "substantial custodial sentence".

A Sri Lankan-born British citizen, Subramaniam was a former member of ShadowCrew, DarkMarket's forerunner, which was uncovered by the US Secret Service in 2004. "JiLsi was one of the highest in cybercrime in this country with what he managed to achieve setting up a forum globally. No JiLsi, no DarkMarket," said one Soca investigator.

Its 2,000 members never met in real life. Quality, not quantity, was the key. DarkMarket was fastidious in banning "rippers" who would cheat other criminals. Honour among thieves was paramount.

It operated an "escrow" service, with payments and goods exchanged through a third party – "like a PayPal for criminals", the judge observed, and an arbitration service resolved disputes. To keep off the radar, the rules were strict: no firearms, drugs or counterfeit currency.

Built on a pyramid structure, administrators decided who joined, moderators ran specific site sections, and reviewers vetted wannabes – each demanding 5% or £250 per transaction as a fixer's fee.

To get on, criminals had to present details of 100 compromised cards free of charge - 50 to one reviewer, 50 to another. Reviewers would test the cards and write an online review of customer satisfaction – just like eBay customers. "If the cards did what they were supposed to … they would be recommended. If not they weren't allowed in," said the investigator.

Payment was via accounts on WebMoney, or E-Gold. "It was the QuickTime method of sending money anywhere."

Subramaniam was one of the top administrators. He kept his operating system on memory sticks. But when one was stolen, costing him £100,000 in losses and compromising the site's security, he was downgraded to reviewer. Surveillance officers caught him logging on to the website as JiLsi unaware the fellow criminal MasterSplyntr he was talking to was, in fact, an FBI agent called Keith Mularski.

Considerable money was exchanged, though actual transactions took place away from the site for security reasons. One buyer spent £250,000 on stolen personal information in just six weeks.

Described as "a very quiet man", Subramaniam worked at Pizza Hut and as a dispatch courier. "He owned three houses but was largely itinerant," said Sharon Lemon, Soca deputy director. "The key to investigations of this sort is finding the evidence to connect the online persona with a living, breathing person."

Harendra de Silva QC, defending Subramaniam, said the "evidence was unchallenged" but said the "question of interpretation does arise in certain areas" and there would be submissions on "nuance" of the fraud in so far as it applied to his client. He is charged alongside John McHugh, 66, known as Devilman, also a site reviewer who has pleaded guilty to conspiracy to defraud and at whose Doncaster home officers found a credit card-making factory. The two will be sentenced later.

But the battle against cybercrime continues. "This was one of the top 10 sites in the world, but there are more than 100 we know of globally, and another 100 we don't yet know of," said the investigators.