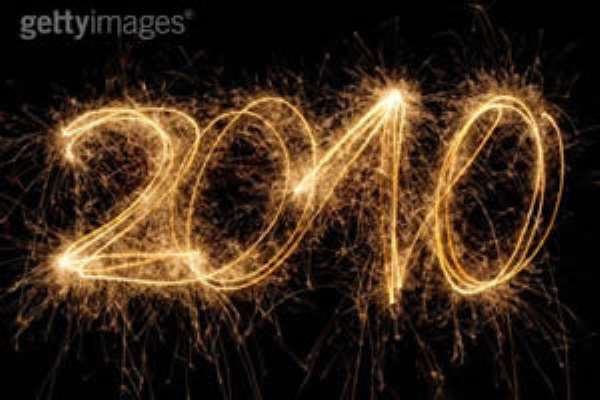 A decade ago this time, we were all not too sure of one thing. We had entered a new millennium then and there were all these doomsday prophecies and theories. At one stage we were told and some actually believed that the world was coming to an end in 2000. Did we not hear stories about a religious sect who had ordered its members to sell or get rid of all their possessions in anticipation of the world coming to an end? The Book of Revelations suddenly made meaning to many.

We were asked to look for signs such as changes in the skies as 1999 drew to a close for 2000 to take over. There were great apprehensions. There were fears about our clocks not recognising the unique year we were about to enter and that meant chaos in our world. There was some uneasiness about airline flights immediately before and after the first day of the millennium in case the airlines computerised systems failed to recognise the new date and therefore disasters in landing or take off. Companies were afraid that their IT systems were going to crash as the three zeros in the year 2000 were not originally programmed in their systems. The result? Some group of technical people reaped big for the panic so created sent many more to invest heavily in expensive back- up systems to save manufacturing and other systems operating on a 24 hour schedule to fail. Whether such expensive back- up systems was necessary is another thing.

The transition to the new millennium, 2000, came. Nothing disastrous happened. No commotion took place. The fear of the unknown greatly benefitted those in the Information Technology (IT) business. They threw the world into panic and succeeded in selling their skills and products across the world as if they were a must. They made their cut, no doubt about that.

Ten years later, the world, our universe, is still in place, intact. What is not intact is the peace we were enjoying prior to the millennium. The years prior to the end of the first decade of the millennium seem to have been characterised with natural and human disasters. This decade has witnessed the worse forms of terrorism. There have also been wars and atrocities which have led to the loss of innocent lives with blatant disregard for human rights. There has been heightened crime including internet fraud. Seemingly, this past decade has also witnessed the loss of some of the world's influential people. Michael Jackson comes immediately to mind. It has been a very difficult decade globally, with all the economic mess we are still recovering from. As for global warming and all the environmental mess associated with it, the worse is perhaps yet to come and we must brace ourselves.

But it was at a watch night service last Thursday while keeping vigil to welcome 2010 that it dawned on me how lucky some of us have been having sailed through all the various degrees of worse happenings and escaped to be part of this New Year.

Yes, 2010 is already here with us. We have travelled good six days into the fresh New Year. So far, it smells so good and so we believe that it will be a good year for our country and our people. Some signs or forecasts are beginning to point to that.

Our President's New Year message of optimism speaks loads and gives us hope as a nation. Generally as an optimistic person, I give due attention to like postures, embrace them and plan ahead with them.

2010 will definitely be good for Ghanaians because we have been assured in the President's New Year broadcast to the nation that 2009 was devoted to laying the foundation that will put us in the right direction for the future.

According to the message we received, the Government's ability to move the country in the right direction is going to be greatly enhanced. The reassuring bit about the President's optimism is that the provision of jobs for the people is a must happen priority on the agenda and so is the freedom to provide comprehensive security for all Ghanaians.

The promises of 2010 are many. For the workers of this country as well as pensioners, 2010 sounds like a year to look forward to. The three tier pension scheme looks to me an already prepared and dished out appetising meal. Gathering from all the discussions around it, it sounds like the moment workers of this country have long been waiting for. Henceforth, Ghanaians can retire from active work and look forward to a decent pension for the rest of their lives.

The Social Security and National Insurance Trust (SSNIT) is not doing bad at all for the pensioners on their books. Already last week, they have announced some increases in pensions to take effect from December 2009. That is a promising show for Ghanaian pensioners.

Football must definitely give us something to be joyous about in 2010. The Africa Cup of Nations soon to take place in Angola must be a “cool chop”. We have hopes that our boys will do Ghana proud and give us a cause for corporate celebration once again. What will even sustain that joy is the June world cup tournament in South Africa. The FIFA world Cup, once it touches our African soil, must remain in Africa. Ghana is a most likely 2010 world Cup champion, no doubt about that. That victory will complete the President's exciting future outlook for the youth in 2010 and beyond. In his New Year message, the President devoted time to the youth by urging them to take advantage of the massive opportunities to better their lives.

As for school children, the year 2010 has started on a good note for them. We are informed that the distribution of the first consignment of one million, six hundred school uniforms in 77 deprived districts in the country has commenced. Sending children to school will soon be a joy for parents in the poor income brackets. They no longer have to worry about money to pay for uniforms, lunch and books. The message is clear – just send your child to school and leave the rest to the state. How reassuring.

Much as 2010 holds promises for us as a country, we owe it a duty to help also to transform at least out capital, Accra, into a modern city. The decongestion exercise by the Accra Metropolitan Assembly (AMA) no doubt has brought some sanity to some of the streets of the capital. The AMA should be given the support to do the job of ridding the capital of the indiscipline that has swallowed us and is choking us to the neck. Unlawful structures must definitely go.

I am not too sure which body is tackling road works in some parts of Dansoman but I must say that they have a good sense of duty. The few metre road leading from my house to the main road was levelled within a matter of hours one afternoon just before Christmas with no prior warning. It was a pleasant surprise to get home one evening to see the change. Other roads within the area enjoyed the same treat. Just last week, someone has come and dropped heaps of soil, a sign that the second phase of the road works is coming up soon. Somebody is bent on making 2010 a pot hole free year for residents in my area. We are optimistic that many more of such residential roads would see the light of day.

By the way, who is behind the new street lights that are springing up in some of the neighbourhoods within the city? If we are able to connect and go ahead and keep the lights on then I would say that the optimism of better things is already started.

Yes, we have already welcomed 2010 to our midst. The better Ghana optimism is shifting into a higher gear. That is why some of us see it as a “must happen”, and “will happen” year for Ghana and all Ghanaians. Welcome to 2010 and a fulfilling year to all readers of the Reality Zone. This is our year.