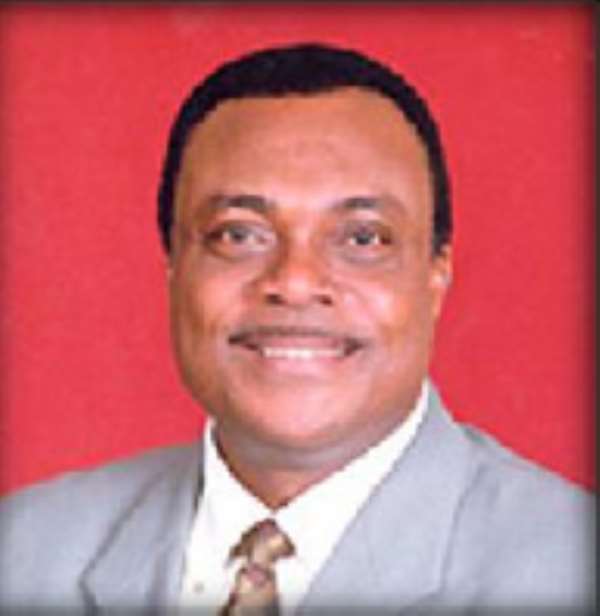 Former Health Minister in the Kufuor administration, Major (rtd) Courage Quashigah has died. He was 62.

Major (rtd) Courage Emmanuel Kobla Quashigah, was born on September 9, 1947, at Kedzi, in the Volta Region.

He had his secondary education at the Keta Secondary School, where he sat for the G.C.E Ordinary and Advanced Level Examinations.

Major Quashigah then had his military training at the famous Royal Military Academy at Sandhurst, United Kingdom , where he obtained a Diploma in Economics, War Studies and Communication Studies.

In 1989, he had a stint at the Ghana Institute of Management and Public Administration (GIMPA) and came out with a Certificate in General Management.

He also studied at various military establishments throughout the world to improve his professional efficiency.

Major Quashigah achieved excellence in his soldiering career and received awards and commendations among which included Everand Award for Oratory and Presentation at the Ghana Armed Forces Command and Staff College, Prince Abdul Faisal Ward for War Studies and the Sandhurst Military Academy and Distinguished Honour Graduate Ranger at the USAIS in the United States.

The rest are Cane and Certificate of Honour as Best Overseas Cadet and Highest in the Order of Merit at the RMAS, U.K. and Commendation for Efficient and Effective Command at UNIFIL, Lebanon.

He joined the New Patriotic Party (NPP) and contested for the position of national organiser which he won at its 1998 congress in Accra.