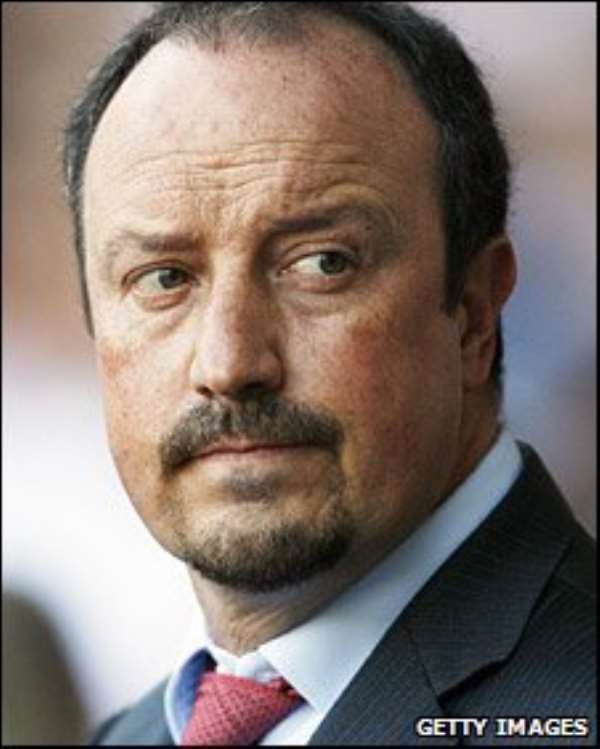 
Championship strugglers Reading deservedly forced a replay against Liverpool after an entertaining and finely balanced FA Cup third-round tie at the Madejski Stadium.

Reading have won only five of their 24 Championship fixtures and are 20th in the table after a disappointing season that saw them recently part company with manager Brendan Rodgers.

But the Royals, thrashed 4-1 at Plymouth on Monday, had spells when they were the superior side against a Liverpool team determined to prosper in the competition after their elimination from the Champions League and travails in the Premier League.

Simon Church, an academy graduate at Reading, put the home side in front with a close-range finish after 24 minutes before Steven Gerrard equalised for Liverpool 12 minutes later.

Rafael Benitez's team were at times disjointed and showed little sign of the sort of form that had seen them win their last two top-flight games without conceding.

They dominated between equalising and the half-time whistle, but Reading responded after the break and arguably looked the more likely to score the winner, although Fernando Torres headed narrowly over in the final minutes after substitute keeper Ben Hamer failed to collect a cross.

There were few clear openings at either end before the home side took the lead but there was no doubt that they deserved their goal after an opening period in which they had slowly but definitely wrestled the initiative.

The Royals had a decent penalty shout turned down after Martin Skrtel appeared to tug the impressive Gylfi Sigurdsson's shirt.

Jem Karacan then headed the ball into the Liverpool net after an unconvincing punched clearance from Pepe Reina but two Reading players were clearly in an offside position and the goal was ruled out.

However, reward for Reading's bright opening came when Grzegorz Rasiak superbly guided an overhit free-kick from Ryan Bertrand back into the six-yard box, where Church was on hand to stab home from two yards.

Liverpool had looked uncertain in defence and failed to produce the quality of final ball that some excellent forward movement deserved, but they were not behind for long.

Torres headed wide from eight yards after losing his marker but shortly afterwards keeper Adam Federici was caught flat-footed after Dirk Kuyt failed to connect with a curling Gerrard cross that bounced into the far corner of the Reading goal.

The equaliser appeared to encourage Liverpool as much as it deflated Reading, with Federici making a one-handed save from Torres and an unmarked Fabio Aurelio drilling a low strike wide as an increasingly ragged Royals defence managed to reach the break on level terms.

Torres shot narrowly over and Sigurdsson forced a parried save with a rasping effort as an increasingly engrossing cup tie continued to unfold after the break.

David Ngog broke down the right but failed to find Torres with his disappointing low cross, while Church delivered a teasing low ball across the face of the Liverpool goal.

Benitez brought on Alberto Aquilani as he looked for his team to prise a decisive second, while Reading lost keeper Federici to injury with Hamer replacing him.

The two new arrivals were involved when the ball struck Liverpool's expensive Italian at the far post and then bounced into the hands of Hamer on the line. However, referee Martin Atkinson had seen an infringement so the goal would not have stood even if the ball had eluded the Royals' keeper.

There was little to choose between the teams and it would have been harsh if Torres had snatched a late winner. Instead the two teams will contest a replay at Anfield on 12 January.

Reading caretaker manager Brian McDermott:
"It was terrific. I thought we were full value for the replay and we might even have nicked the game.

"But to get another game at Anfield, we're absolutely delighted with that, especially for those 1,500 supporters who travelled to Plymouth when we didn't perform the other day.

"People said there was no pressure on us today but there is always pressure.

"The last thing we want to be is embarrassed in a game of football. A side like Liverpool can embarrass you if you are not careful."

Liverpool manger Rafael Benitez:
"They were pushing and working very hard from the beginning until the end so we had to do our job.

"It was a difficult game and the most positive thing is that we will play another game at Anfield.

"We know that we have two clear chances to win trophies - the Europa League and the FA Cup - so we will try our best in both and keep improving in the league."