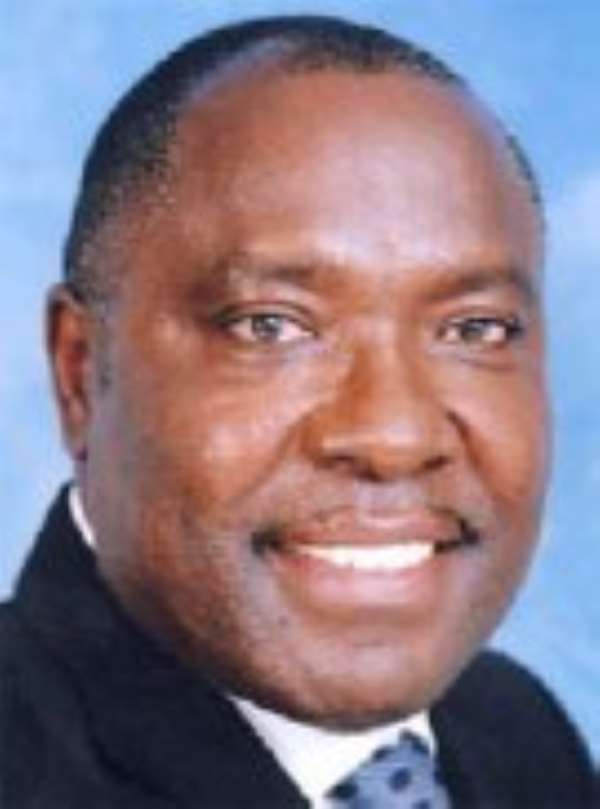 The Board Chairman of the ARB Apex Bank, Dr Samuel Dufu, has advised the Board of Directors of the rural and community banks (RCBs) to thoroughly investigate the background of people they engage in sensitive positions in order to prevent falling prey to cyberfraud, armed robbery and other criminal activities.

Dr Dufu who was speaking at the 7th Annual General Meeting (AGM) of the bank, said the Bank of Ghana and the ARB Apex Bank had a detailed database on staff with questionable character.

He emphasised that 'a big database is available, I will advise you to avail yourself of the opportunity in order to spare yourself a lot of hardship.' adding that 'the few banks among you which have suffered such hardship which were entirely preventable must be a lesson to all.'

He stated that steps were being taken to ensure the long term sustainability of the bank through strategic initiatives like full cost recovery of services, recapitalisation, automation and expansion of RCB products and other objectives contained in the five-year strategic plan (2009-2013).

He noted that the bank's strategic focus for the long-term sustainability of the RCBs would be to encourage mergers and acquisitions.

He said the bank was strategically positioned to take advantage of the emerging opportunities in the rural economy of the country.

Dr Dufu whose tenure of office has come to an end expressed gratitude to all the stakeholders for giving the board the opportunity to steer the affairs of the bank, and asked for the same support for the incoming board to take the bank to another height.

Mr Osei-Bonsu said the remarkable performance was due to prudent cost-cutting and cost containment measures and the cost-sharing arrangement implemented to ensure the long term sustainability of the bank.

He stated that the bank was receiving a $1.7 million support from the Danish Development Agency (DANIDA) to carry out activities such as Rural finance, Wholesale Fund for on-lending to the rural banks, training and capacity building for the Apex Bank and the RCBs as well as a merger fund for RCBs interested in merging.

He said the bank was considering the establishment of a rural banking training school which would serve as a centre of excellence not only for Ghana but the entire sub-Saharan Africa.

He indicated that the banking landscape in the country was undergoing a lot of dramatic changes which cut across regulations, technology, competition and innovations.

He called on the rural banks to effectively prepare themselves to embrace the sweeping challenges. “There is, therefore, the need for all of us to “think outside the box” to take initiatives that will enable us to mitigate the effects of these reforms,” he stressed.

Mr Osei-Bonsu expressed gratitude to the outgoing board for its support, proactive posture and high sense of duty, and urged the shareholders to remain committed to the course of providing quality financial services to rural Ghana.

If you repeatedly offend your gods, they'll kill you - Chief...
53 minutes ago