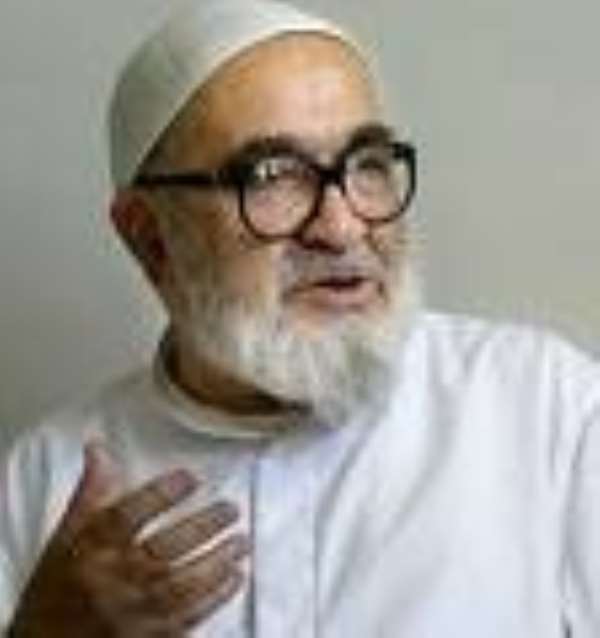 Tens of thousands of Iranian opposition supporters are in the holy city of Qom for the funeral of dissident cleric Grand Ayatollah Hoseyn Ali Montazeri. Security is tight in the city and there have been reports of arrests and clashes with police.

Opposition leaders joined a huge procession to the shrine where the grand ayatollah was buried.

Ayatollah Montazeri, who was 87, had called President Mahmoud Ahmadinejad's re-election a fraud.

The reformist Jaras website said mourners were chanting slogans in support of the grand ayatollah and also of opposition leader Mir Hossein Mousavi.

Another site, Rahesabz.net, said some members of the hardline pro-government faction Ansar Hezbollah tried to stop chanting in the crowd, but left "after clashing with some people".

Many mourners were carrying green banners or wearing green - the colour of Iran's opposition.

The government knows the funeral is one demonstration it cannot forbid, says the BBC's Tehran correspondent Jon Leyne, although it fears it could be the spark for another round of protests.

In response, authorities have imposed strict new restrictions on the media, both foreign and domestic.

Buses carrying mourners have been stopped and some passengers reportedly arrested.

There have also been reports of police clashing with mourners who pelted them with stones.

Meanwhile, the BBC says fresh attempts have been made to jam its Persian television service to Iran.

Persistent interference started on Sunday shortly after the channel began coverage of the grand ayatollah's death, the corporation said.

Mr Mousavi and fellow opposition leader Mehdi Karroubi had called for a huge turnout, and reports said they joined the procession from the grand ayatollah's home.

Anger at the result saw mass protests in Tehran and other cities which led to thousands of arrests and some deaths.

Opposition leaders have called for Monday to be a national day of mourning and reformist websites report an increased security presence in Qom.

The grand ayatollah was one of Shia Islam's most respected figures.

He was an architect of the 1979 revolution that created Iran's Islamic state but later became a vocal critic of the government. He died of natural causes in Qom on Saturday night.

One website that backs Mr Mousavi, Kaleme, cited the two opposition leaders as saying: "We invite all saddened religious people mourning the death of this pride of the Shia world to take part in the funeral of this legend of endeavour, jurisprudence and spirituality."

On Sunday a large crowd of mourners quickly gathered outside the grand ayatollah's home in Qom to pay respects.

Sporadic gatherings were reported in Tehran and other cities.

Video footage on internet sites also showed hundreds of mourners on the streets of the grand ayatollah's home town of Najafabad.

The Jaras website said a student of the grand ayatollah, Ahmad Qabel, had been detained on his way to the funeral.

Foreign media have been restricted in Iran since the post-election protests and it is often difficult to verify reports. No foreign media will be allowed to attend the funeral.

The government has made no direct comment on the security situation.

However, the supreme leader tempered this with criticism, saying he hoped God would forgive the grand ayatollah for failing his "crucial test".

This was a reference to Grand Ayatollah Montazeri's falling out with the leader of the revolution, Ayatollah Ruhollah Khomeini.

State news agency Irna did not use the ayatollah title in its early reports of Grand Ayatollah Montazeri's death and referred to him as the "rioters' cleric".

The White House praised the grand ayatollah, saying he had been "known and internationally respected for his unwavering commitment to universal rights".

Hoseyn Ali Montazeri was one of the early backers of Ayatollah Khomeini and was designated to succeed him.

But the pair fell out over Iran's human rights record a few months before Ayatollah Khomeini died of cancer in 1989.

In 1997 he famously clashed with Ayatollah Khamenei, whom he outranked in the religious hierarchy, after questioning the powers of the supreme leader.

Grand Ayatollah Montazeri repeatedly accused the country's rulers of imposing dictatorship in the name of Islam and said the liberation that was supposed to have followed the 1979 revolution never happened.

Then, despite his old age and failing health, Grand Ayatollah Montazeri backed the opposition's claims that the 2009 election result, which gave Mahmoud Ahmadinejad a landslide victory, had been widely rigged.

Grand Ayatollah Montazeri said Iran's leadership was a dictatorship and issued a fatwa condemning the government.

He said the turmoil following the election "could lead to the fall of the regime".

Iran's authorities denied the rigging allegations and said the post-election protests were a foreign-backed plot to bring down the leadership.