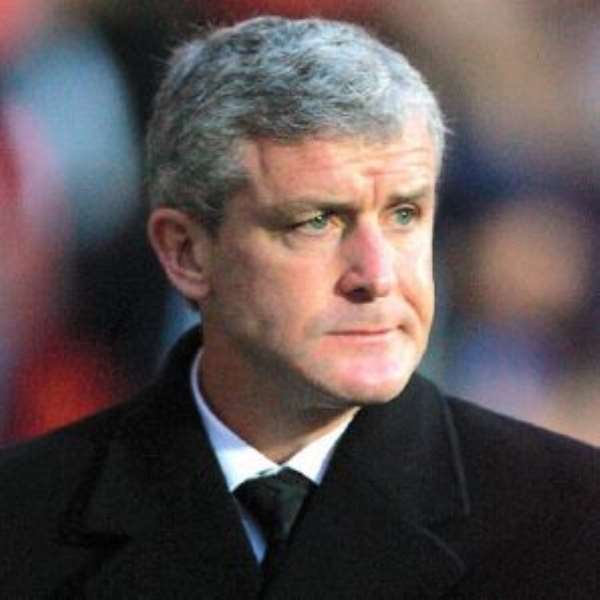 
Mark Hughes has spoken for the first time since being axed as Manchester City boss and admitted: I didn't see it coming.

Hughes went into the weekend convinced his job was safe, only to read SunSport's exclusive on Saturday.

And while his side secured a thrilling 4-3 win over Sunderland, the Welshman was told his time at Eastland was up — and Roberto Mancini was taking over.

He said: "I was informed after yesterday's match against Sunderland that my contract with Manchester City was being terminated with immediate effect.

"Notwithstanding media coverage to the contrary, I was given no forewarning as to the club's decision.

"Given the speed with which my successor's appointment was announced, it would appear that the club had made its decision some considerable time ago."

Hughes is bitterly disappointed to get the chop after the owners went back on agreements over the season's target.

Despite spending £180million on transfer fees in the summer, the former Manchester United player's understanding was that a sixth-place finish was a realistic target.

City currently occupy that spot in the table, sitting six points off fourth with a game in hand.

He added: "I am extremely disappointed not to have been given the opportunity to see through my plans at the club.

"At the beginning of the season I sat down with the owners and it was agreed that a realistic target for the season would be sixth place in the Premier League, or in the region of 70 points.

"All of this was communicated to the players and we all knew where we stood.

"Whilst everyone at the club would obviously have wanted to see more wins, we were absolutely on target at the time of my dismissal.

"Only recently we had terrific victories against both Arsenal and Chelsea.

"I am very proud of the fact that I steered the club through the most significant period of change in its history.

"I have always been aware of the responsibility that comes with being afforded the luxury of a significant transfer budget, and I was grateful that the club supported me with significant investment in players.

"I very much regret, however, that I will not now be able to enjoy the success that would undoubtedly have followed in the light of that investment.

"I would like to thank the fans for their support throughout my time at the club and particularly at this difficult time, and I wish the club every success in the future, particularly in relation to the forthcoming Carling Cup semi-final, the club's first semi-final for 28 years."