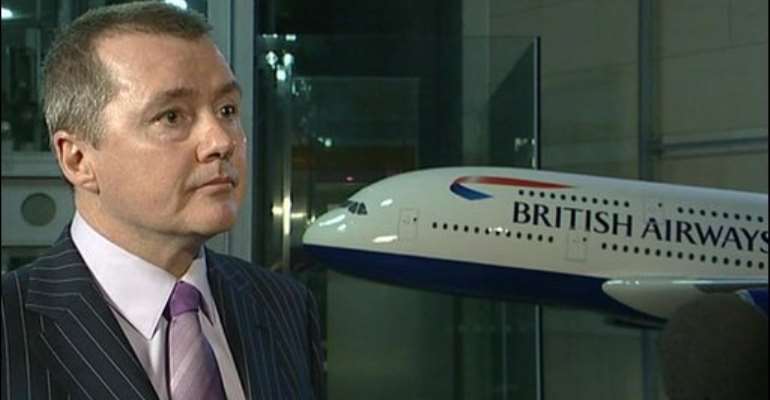 Travelers intending to fly British Airways during an intended 12-day strike by its cabin crew have been advised to reschedule to avoid possible inconvenience.

According to the airline's country office, passengers already booked to fly during the strike will also be allowed to change their flight dates at no extra cost.

It is estimated that about a million passengers worldwide may have their journeys cancelled during the strike over job cuts and staffing levels.

Country Manager, Paul Dhami, said the strike is due to run from the 22nd of December through to the 2nd of January.

“Basically, what I will mean is potentially all BA flights - not just from Accra, but worldwide - will be affected during those dates,” he said.

He however tells Joy Business the airline is still in talks with workers to avert the strike.