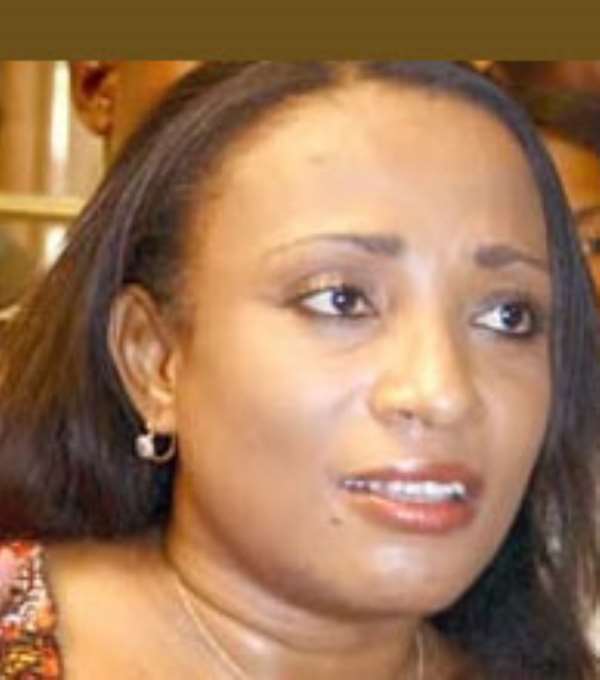 Residents of the Adentan Municipality have expressed their displeasure towards officials of Aqua Vitens Rand Limited (AVRL), and the Ghana Water Company Limited (GWCL), for their inability and lack of commitment towards resolving the water problems facing the area, which have been in existence for the past fifteen years.

According to the residents, officials of the GWCL, who regulate the water distribution in the community, have been operating the water hydrants over the years without a legal permit, and therefore are behind the failure of water to flow through their pipes.

They are in this respect calling for the resignation of the officials operating the water hydrants in the municipality.

These concerns were raised by the residents, during a forum held over the weekend, as part of measures and commitment towards resolving the inefficient distribution of utility services to the Municipality.

The programme was held under the auspices of the Member of Parliament (MP) for the area, Mr. Kojo Adu-Asare, and the Deputy Minister for Water Resources, Works and Housing, Dr. Hannah L. Bissiw, in collaboration with the GWCL and AVRL.

Additionally, the forum was to give the residents the opportunity to voice out their problems, in relation to the prevailing water crisis facing the area, and to demand responses from the officials responsible for the distribution of water in the country.

Over 90 per cent of the residents living in the Adentan municipality own water storage facilities that could last for two weeks or more, but within a month, but yet still, water does not flow through their taps.

“We never said we want regular flow of water throughout the month. All we are asking for, is rationing of water, which is very convenient for us, because we have been used to it for the past decade,” a resident noted.

Making her submission, the Deputy Minister for Water Resources Works and Housing, Dr. Hannah L. Bissiw, supported the residents in calling for the resignation of the officials operating the water hydrants without permits, noting that the resignation of such corrupt officials would bring efficiency into water distribution to the municipality.

In her estimation, it was illegal for such officials to be at post, and working without permits for years.

Dr. Bissiw further tasked the GWCL, and also the AVRL, to provide long term measures, which would permanently resolve the water crisis in the Accra East municipality (Adentan).

She admitted that, there were problems with the regulation of the water hydrants within the municipality, adding that immediate measures are needed to resolve the problem of getting water to flow from the taps of residents.

“The people of the municipality cannot be taken for granted, as far as the water problem still exists,” Dr. Bissiw stressed.

The Minister further pointed out that the community water projects, which are solely meant for small communities, could be another major avenue to solving the water crisis within the municipality.

She cited insufficient amount of water and strong iron content of water, as challenges which come with the construction of boreholes.

Consequently, Dr. Bissiw assured the residents of the government's willingness and commitment to solving the water problem.

In response to the allegations of denying the residents of Adenta water, and connivance with water contractors to sell treated water at exorbitant prices, Mr. Asante, an official of the GWC denied the allegations.

According to him, he accepted some responsibilities, due to the inadequacy of water pumped into the communal reservoir by the AVRL for distribution to inhabitants.

“Sometimes, the delivery of the treated water coming from AVRL is not enough to meet the huge demands in the community,” he indicated.

Mr. Asante explained that the community had been divided into zones, based on the water hydrants and the valves installed in the community, as some are situated on hills and valleys, and due to the geographical layout of the community, some residents were likely to access water earlier than others.

The General Manager of Customer Care of AVRL, Mr. David Maomaalah, denied knowledge of details of the water hydrant operators.

The Chief Manager of (Planning and Development) at the GWCL, Mr. Ebenezer Kobine Gabreh, indicated that the capacity of water distribution from the Kpong water works to some communities, namely Legon, Madina, Ashalley Botwe and Adentan, had declined drastically over the past years.

According to him, the student population on the campus of the University of Ghana had shot up drastically to about 30,000, which is a contributing factor to the non-availability of treated water to these communities.

It would be recalled that a donation of an amount of US$20 million was raised by MTN towards resolving the water distribution problem in the community, with pipes laid from Dodowa to the Adentan township to ease the crisis, but to no avail.